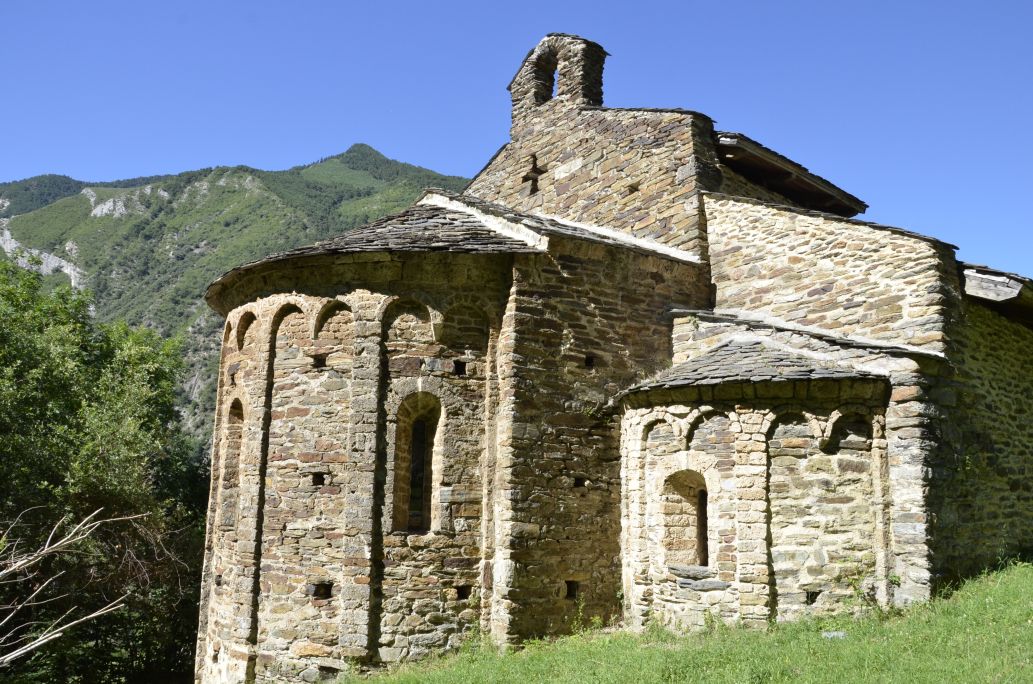 The eastern end of Sant Pere del Burgal is headed by three rounded apses in the Lombard style.

The monastery of Sant Pere del Burgal is mentioned in a document from 859 in which its abbot, Deligat, was granted the privilege of immunity by the Count of Toulouse. It became, briefly, a convent for Benedictine sisters at the end of the 10th century, and afterwards, a priory for monks.

The church and its dependencies are partially in ruins. It is Romanesque in style, with three naves, and three apses at the eastern end. It is considered unique in the Catalan Romanesque since it also has, on the west side, a two-storey apse.

Of the northern nave, there survives a wall and the butts of the arches which separated it from the central one. In the southern nave there are the remains of the two doors that would have led to the living quarters of the monastery. The ground plan of the spaces there, the dormitory, refectory, and so on, can be made out from the ruins.

The original frescoes, attributed to the Master of Pedre, are now in the safekeeping of the National Art Museum of Catalonia, but have been reproduced, most convincingly, in situ. The striking female figure who appears there is Countess Llúcia of Pallars.