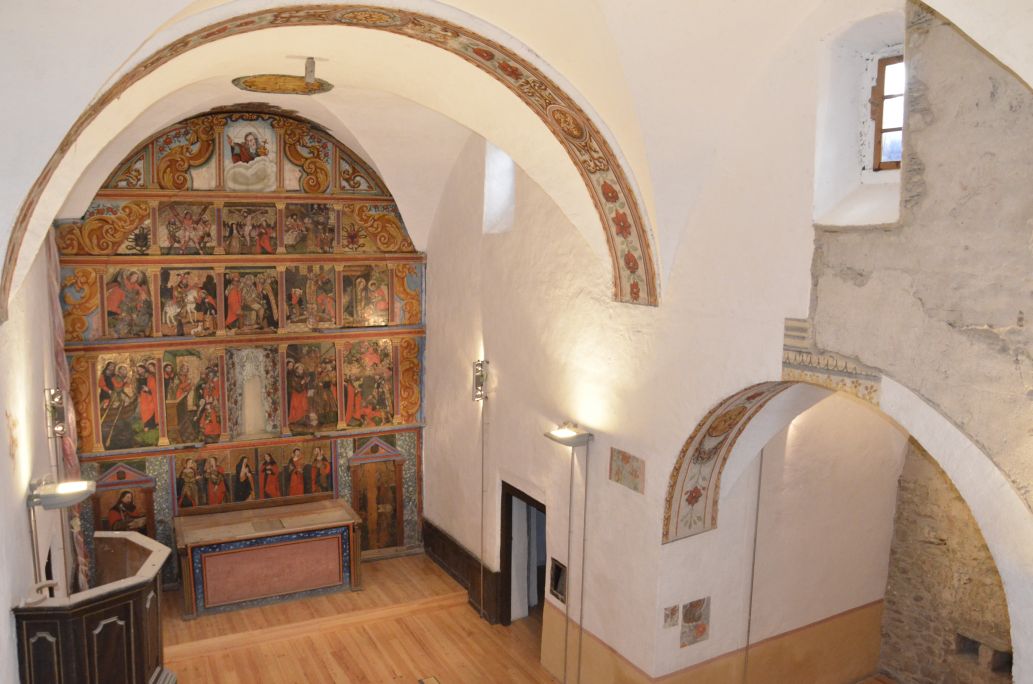 Sant Pere de Sorpe: the recent restoration has brought out more of the grace of its Romanesque architecture.

The original building had a basilical layout, with three naves, and three apses on the eastern side. The present church, for reasons that remain obscure, is quite different. There is now only one nave, and this is one of the few cases where the normal east side for the altar and apses and west side for the door and choir orientation for churches has been reversed. The present door is on the east side of the building, where the central apse was, of which little trace remains.

Most of the belfry was rebuilt in the 18th century, but some of the original Lombard-style decorations and the twinned windows on its western side have been preserved.

Inside the church there is a holy water font, a recipient for holy oils with lionesses sculpted on it, a baptismal font, a restored Renaissance altarpiece, and other remains found during the 2013 restoration, including vestiges of Romanesque wall paintings, which have all helped to deepen our understanding of the church and the monastery’s history.