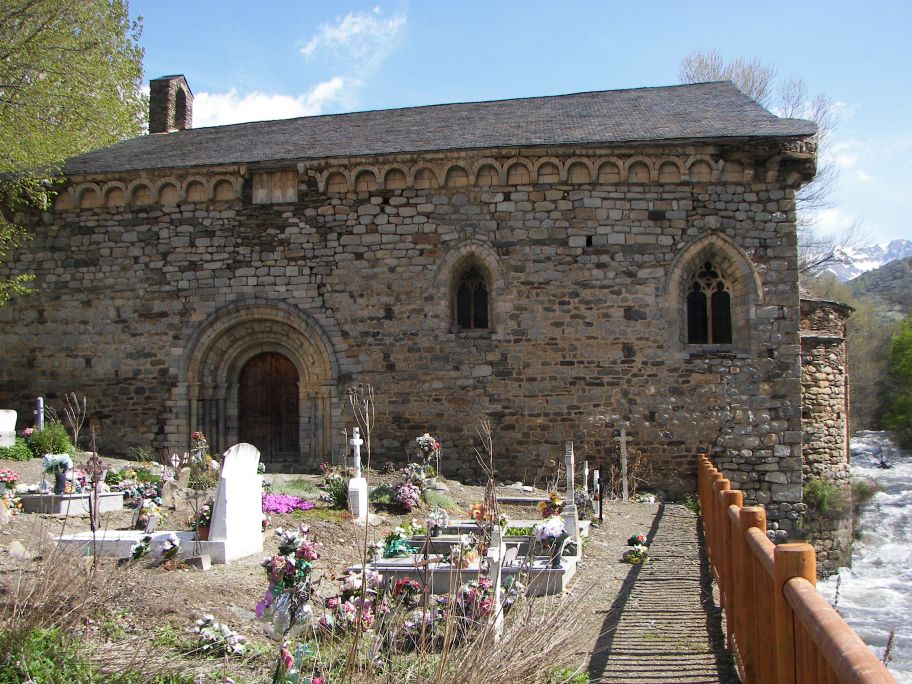 Southern side of Sant Joan d’Isil with its stone carvings.

Sant Joan d'Isil is far from the village, as often happens in the valleys of Àneu with its Romanesque churches. Sant Joan d’Isil is 12th century in origin, and what we see now is the result of different phases of building and rebuilding over the centuries since. The original church was basilical in its layout, with three naves, and three Lombard-style apses at the eastern end, which is anchored on a buttress of rock above the waters of the Noguera Pallaresa river.

The door is set into the south wall and has three rounded arches with columns with sculpted capitals to either side. Under the protection of these arches there are stone carvings in relief. To either side of the arches there is a sculpted stela, or gravestone, similar in style to those found in Sant Lliser d'Alós.

To get into the graveyard and the church itself one must go through a lychgate which carries sooty black marks from the flames and smoke of the falles, or burning brands, that are carried there every year by the fallaires, from the mountain above, on midsummer night, Saint John’s Eve.