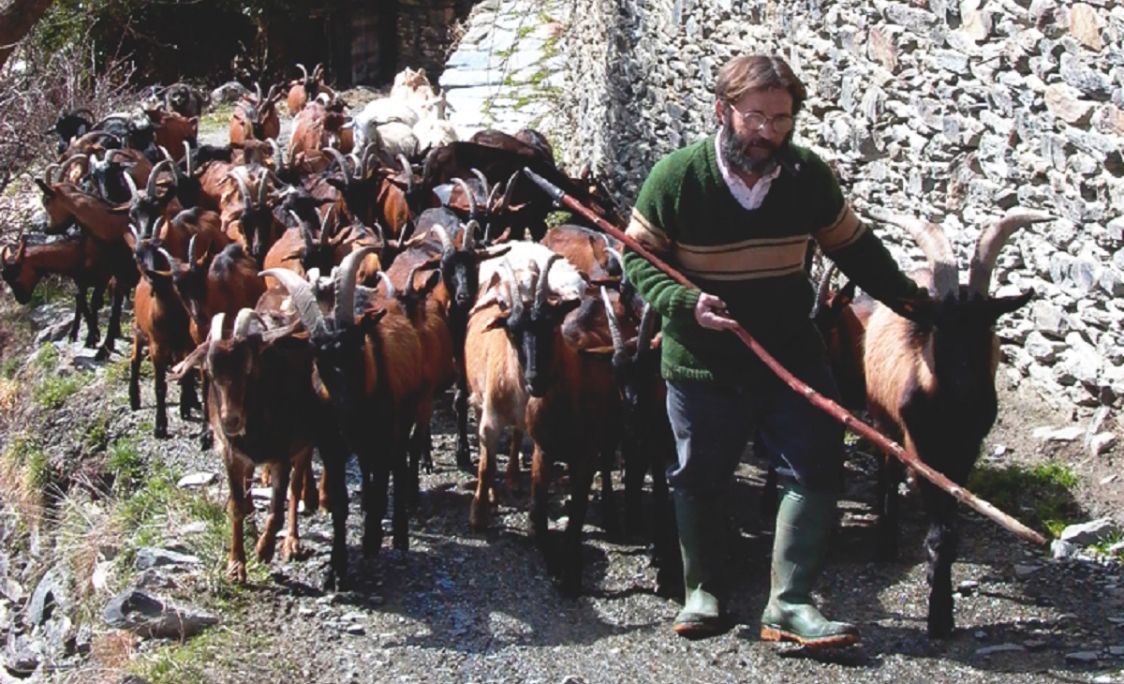 Jesús and Rosa make cheese from the milk of their own goats.

Jesús Caravaca and his wife Rosa Vilalta are the only producers of goat’s cheese in the Pallars Sobirà. Their herd of goats grazes the pastures and mountains around the village of Gavàs, at the head of one of the Àneu valleys. The females are milked every day and their milk is used to produce cured cheese, tupí (a ripe, oily, semi-liquid cheese), and brossat (a cottage-type cheese brushed with salt), all of which they sell in the shop which adjoins the dairy, where Rosa also displays her art works.

One of our most popular outings is the Pastorada, when Jesús, the goatherd, and Cristina Simó, the Ecomuseu’s guide, take visitors to accompany the goats on their daily round so that they can learn how the herd is managed, what the goats like to eat, how the herd hierarchy operates, how they mate and reproduce, and something of the symbiotic relationship between goats and people since goats were first domesticated.