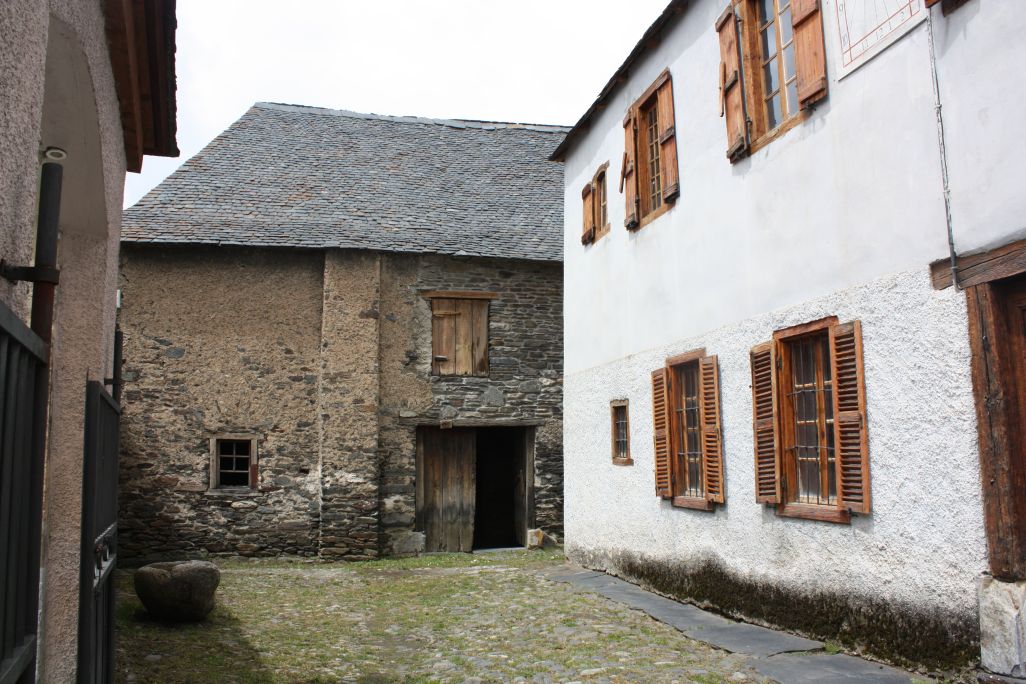 In the barn, side openings on the ground allowed the food to be placed directly into the animal food troughs in the stable.

The harsh winter conditions in Aran meant that the livestock had to be stabled for long periods of the year due to the snow.

Can Joanchiquet has two bordas. The biggest was probably built during the 18th century, to adapt to mountainside. It is divided into three levels. The first and lowest was intended to house the horses and mules. Breeding mules and males was an important economic activity for Aunòs. The offspring of these animals were bought in France in the spring; they were bred and sold at Catalan and Aragonese autumn fairs.

On the next floor of the borda, following the slope of the land, were the goats and sheep. The goats were the only animals that did not climb the mountains in the summer, so the family could have milk when the cows were in the hills. On these two levels are the barns, where all the necessary straw was stored to feed cattle during the long winter days.

The second, smaller, stable was for cows and oxen and seems to have been built in the late 19th century.