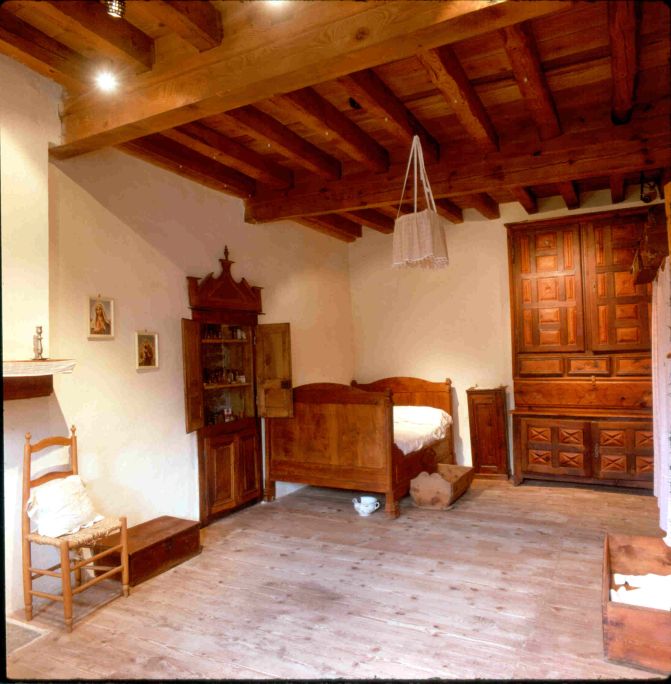 The quality and quantity of the furniture in this room identify it as the main room in the house.

The bedrooms were spaces reserved only for members of the household, and people outside the family were seldom invited to enter, unless it was to visit a sick or deceased person.

The outward enclosure of the room contrasts with the lack of privacy among the family members. This is seen in the fact that there are rooms connected internally, and that they were also shared by individuals of different generations without problems.

This is the case of the heir’s room. Generally, the head of the household and his partner occupied one of the best rooms in the house, which they often gave to their heir when he married.

But who was the heir? The heir was the person who received the family inheritance, which was managed and passed down to the next generation. The brothers and sisters of the heir, who were excluded from the inheritance, could keep living in the house until they married. Otherwise, they had to leave the house and as compensation received a certain amount of money and clothing, the dowry. 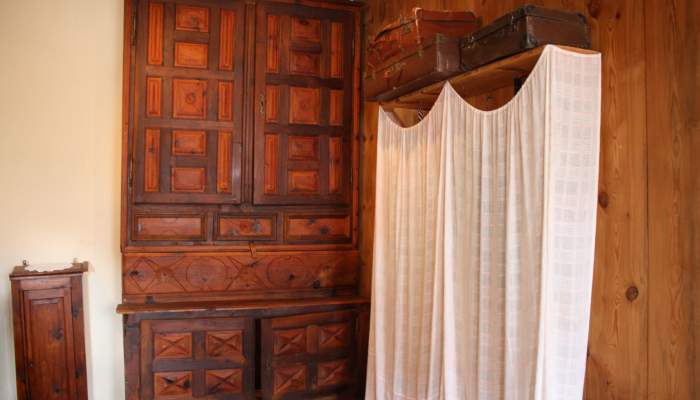 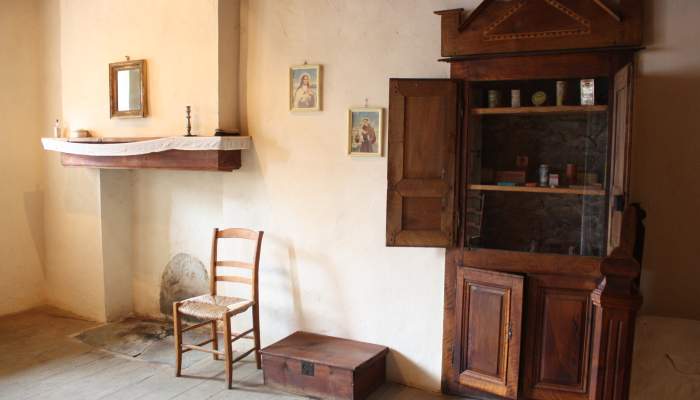