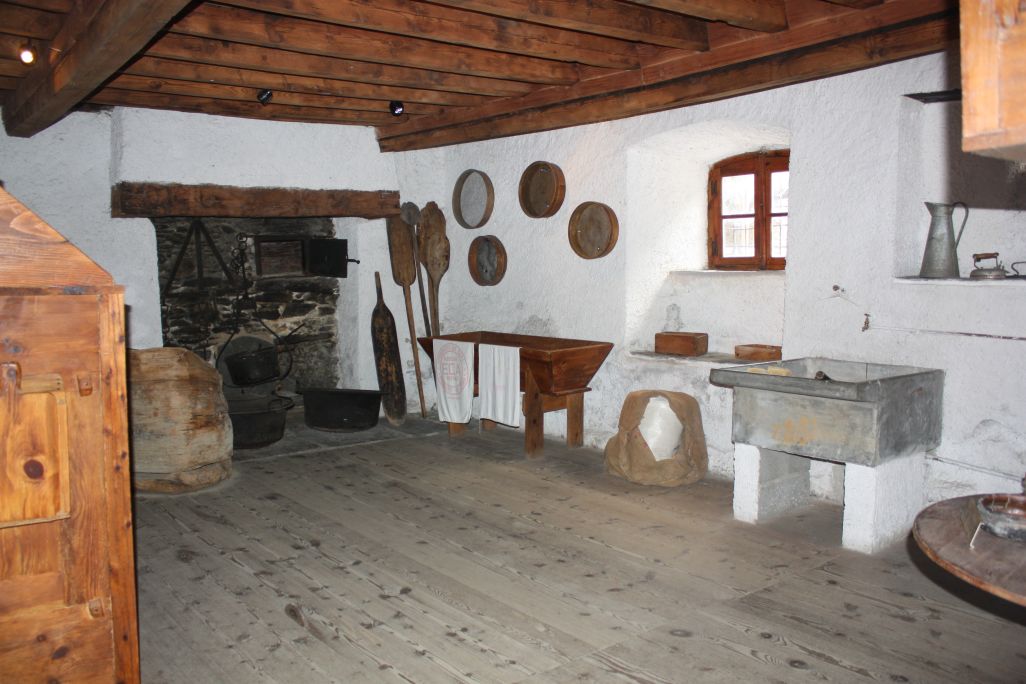 Sieves, bread scoops and pans are just some of the utensils needed to make the tools in this space.

The name of this area comes from its main activity, kneading the bread, that is, work the dough to make bread. Once a week, or according to this family’s food needs, the women of the house met to prepare and bake bread. The activity began early in the morning by lighting the fire to heat the oven. Next, bread dough was kneaded with flour, water, salt and lheute or yeast. This was a sourdough yeast that was saved from the last batch. After the dough was kneaded, it was allowed to rise for a couple of hours. To do this, it was necessary to wrap it in a linen cloth and place it inside straw containers called cabassets or palhassons. When the dough had risen, it was put in the oven with the scoops and left to cook.

In this space cakes were also made, a traditional food prepared for festivals and other festivities.

Other jobs performed in this area were the laundry, sausage-making during the pig slaughter and cooking food for pigs. 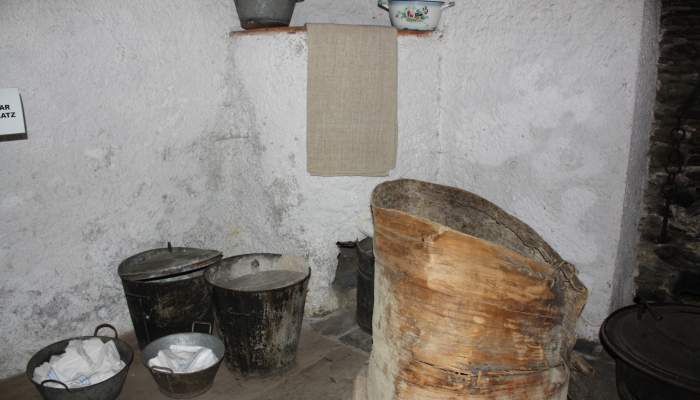 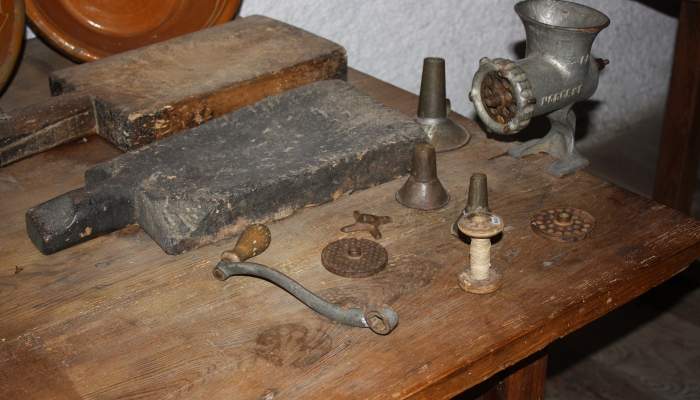 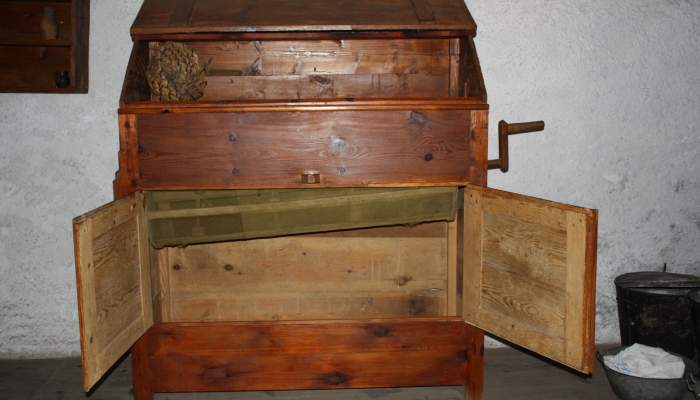