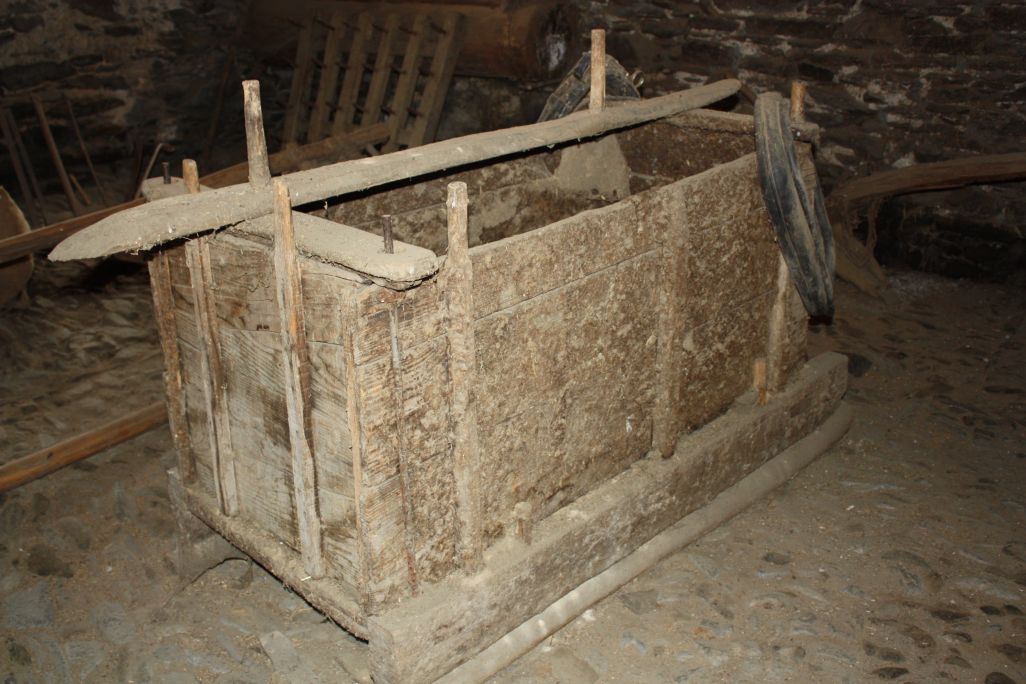 Skates were used from spring to autumn. In the winter, their characteristics did not allow them to be used. Çò de Joanchiquet de Vilamòs Ecomuseum. Musèu dera Val d'Aran.

The box skate was used to transport the manure removed from the bordes once spring came. This manure was spread on the meadows, orchards and farmland owned by the family. They were also transported with corbilhons, baskets loaded on donkeys.

Aran’s proximity with France allowed innovations from neighbouring country to be implemented quickly, such as using a sole to protect the skate or wheel. These elements came much later in other regions.