Life on the Plain Interpretation Centre

On exploitation of the plain and the world of olive oil 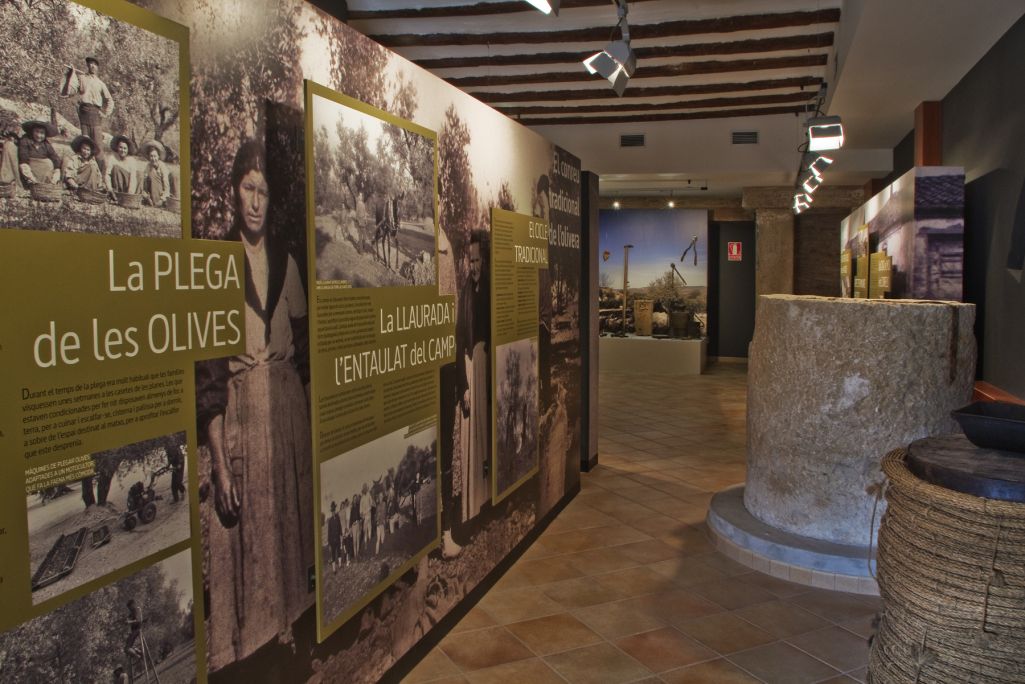 This space exhibits elements of a former oil mill in Santa Bàrbara.

The centre’s permanent exhibition is devoted to describing some of the most remarkable traditional forms of life during the colonisation and subsequent exploitation of the Plain, which took place in the 18th century.

Thanks to large-scale photographs, ethnographic items, sketches, drawings and other kinds of material we embark on an itinerary through the urban creation and evolution of Santa Bàrbara, the exploitation of the natural resources of La Plana (hunting, dry -stone construction, honey, etc), the ancient cycle of olive cultivation and traditional methods of obtaining virgin oil from the raw fruit, marketing of the oil and recent changes in local agriculture, such as the introduction of citric fruits.

Highlights of the itinerary include the former oil mill at the centre, which has been preserved in situ (counterweight, buttresses, millstone) to give a clear idea of how olive oil was produced in the past. 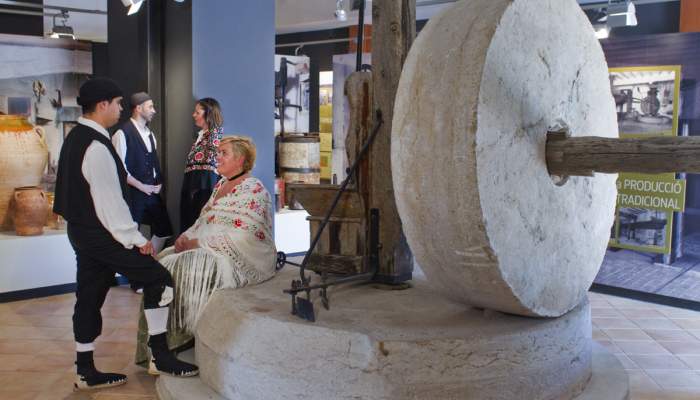