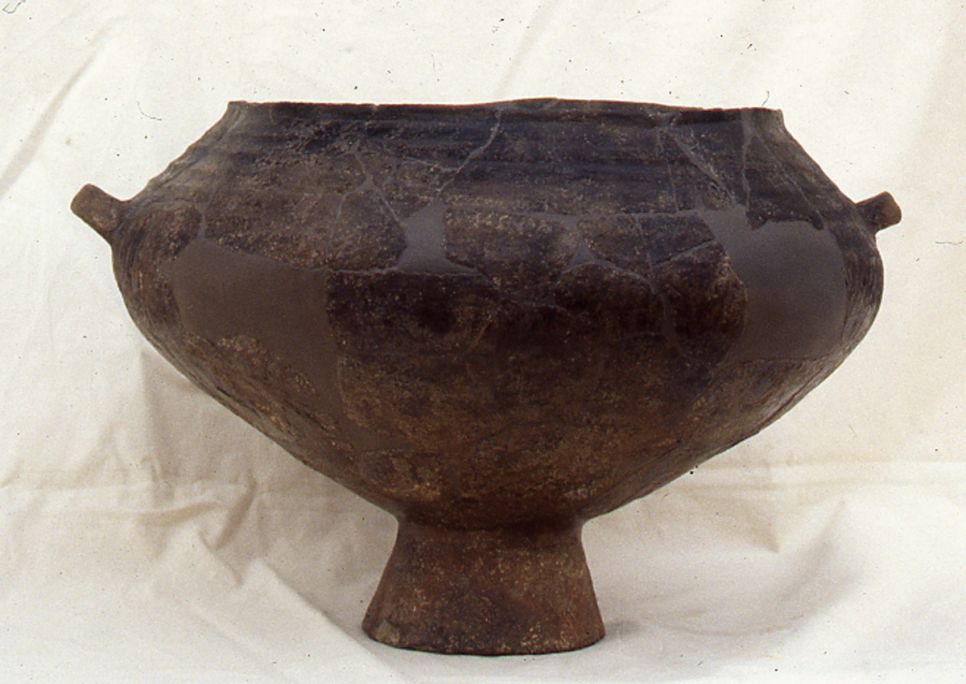 This handmade cup in the form of a krater with its bronzed outer  finish and fluted decorations imitates other metal cups. Dated to the 7th century BC, it possesses several formal and decorative features belonging to the late bronze–age tradition.

The presence of Phoenician amphorae and other containers on the sites of Alcanar, along with native plates for ritual banquets, denotes a society in which the ceremonial consumption of food (and drink) was a community activity, highly characteristic of the ancient Mediterranean.