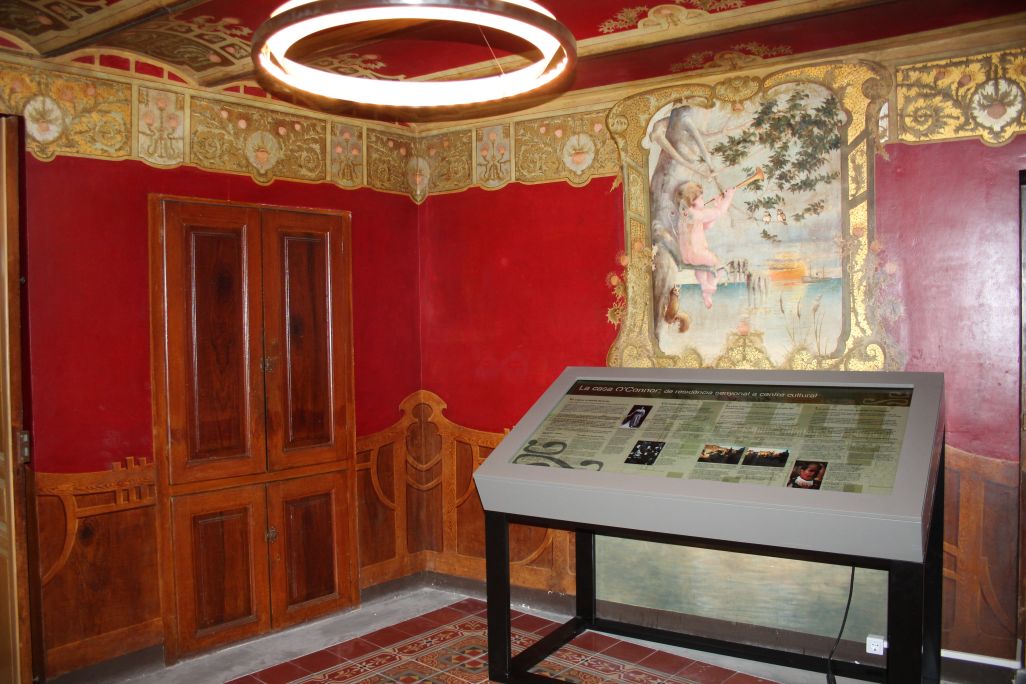 This pairal (ancestral) manor was restored in the early 20th century in the modernista style, which was in fashion at the time, without affecting the structure.

While the bedrooms on the second floor still preserve paintings from the 19th century, those on the first-floor walls are clear examples of Modernisme. Some of the stained glass panels in the doors and windows also belong to the modernista style, together with the wrought-iron work on the balconies, balustrades and locks and some of the woodwork, such as this skirting board in the dining room.