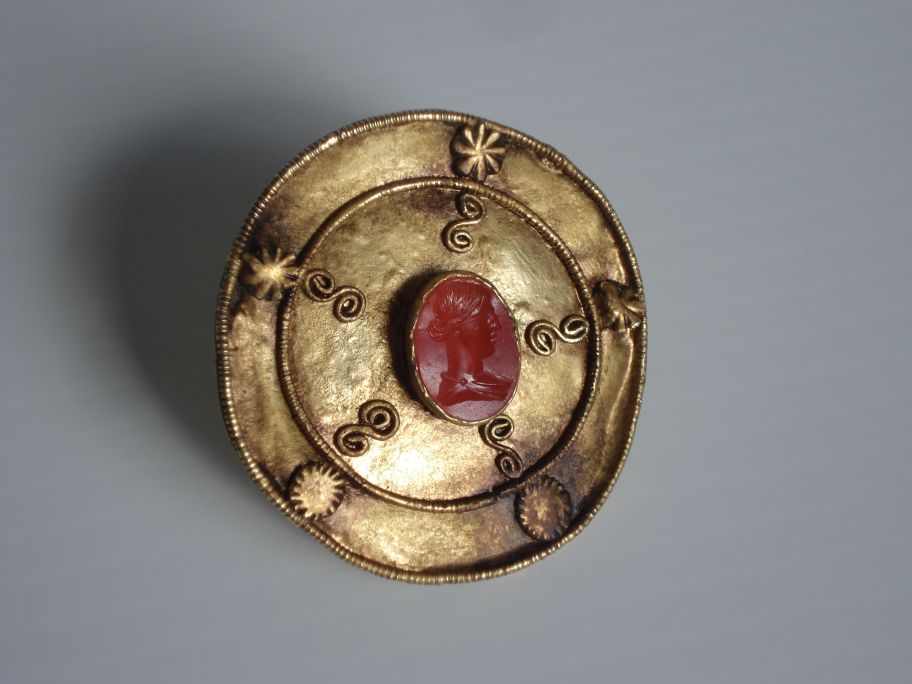 Reproduction of a gold disc with the application of an oval face. Gold panning Centre. Museum of la Noguera.

Reproduction of the original piece in the Lerida Diocesan and Local Museum, made in the L’Esfera modelling and museographic studio.

The original disk is crafted from gold sheeting and thread and comes from the site known as the Racó de la Pampa (Soses, Segrià region).

In the centre there is an encrusted oval face of glass or carnelian depicting the bust of a woman.

This kind of disk or disc-like fibula was purely ornamental in nature. It can be related to the upper class and landowners of the late Roman times who occupied this region along the course of the Segre River.