The oldest legend in Catalonia 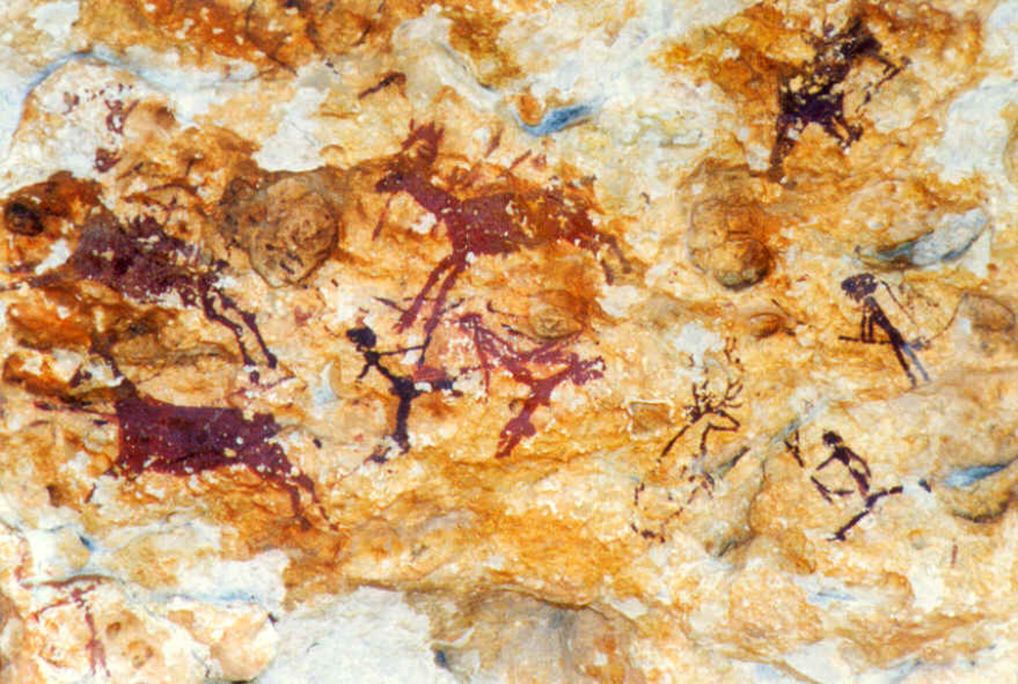 Right-hand part of the hunting scene in Rock Shelter I.

Located some five hundred metres from the chapel, this rock shelter contains a very well preserved hunting scene with a clear narrative and naturalist style. The small figures are strategically placed in hunting positions, with each hunter playing an important role in encircling and killing a herd of deer and goats. The dynamism of the composition is remarkable, as are the anatomical details of the figures. It is even possible to make out aesthetic and technological details such as hairstyles, traditional dress and simple and complex bows. The scene also contains mythical figures such as “the sorcerer”, “the silhouetted deer” and “the woman”. Although it is a prehistoric scene, its clear narrative style has led us to christen it “Catalonia’s Oldest Legend”. A whole experience.

Located in the so-called Cova Fosca (Dark Cave), this is the largest of all the rock shelters and the only one in which we can find the remains of schematic-abstract and semi-schematic figures. These enigmatic figures are necessary for our understanding of the whole collection, its complexity and its evolution over time, as well as for seeing how humans learned to communicate.

The tour lasts for approximately an hour and a half. We recommend comfortable shoes and a water bottle, as well as sun protection and a hat in summer.