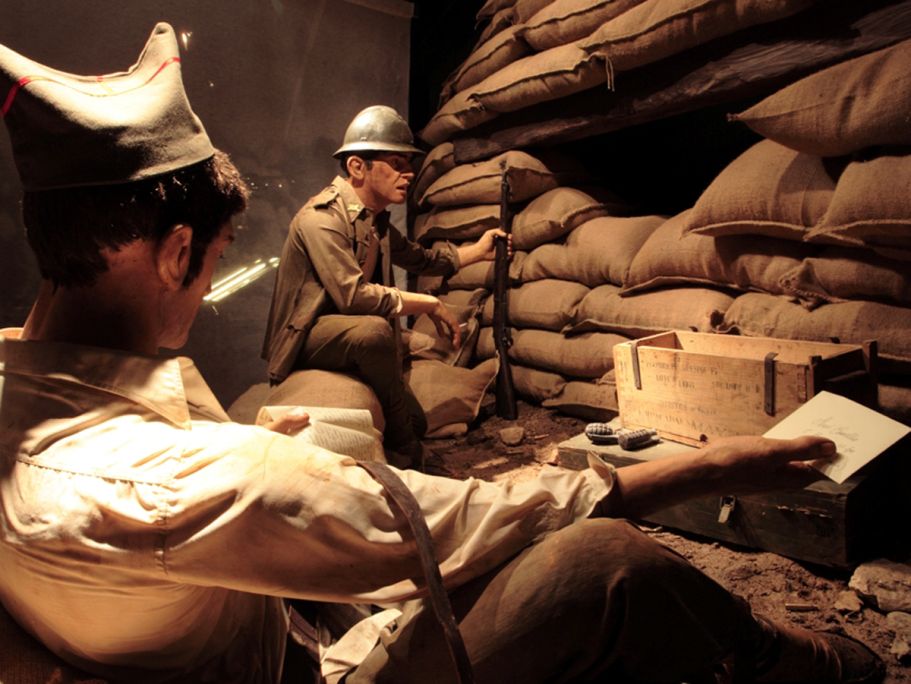 Thousands of projectiles brought immense death and destruction to the Ebro battlefield.

The Republican initiative took the Nationalist commanders by surprise, although they reacted very quickly. Franco wanted to recover the lost ground at all costs and planned an offensive skimping neither on men nor resources. The best of the Republican army was concentrated in a small area of land. Rejecting any alternatives, Franco’s priority was to win the war and completely crush the enemy. The Nationalists’ aerial and artillery superiority and their huge reserves of men and materiel made them invincible. It took them only seven counteroffensives and 115 days of fighting to achieve their objective.

Before each counteroffensive, Franco’s aircraft bombed and strafed the Republican defences for hours on end. Despite the intensity of the bombardments, the Republican positions were very difficult to occupy, either because the lie of the land gave them an advantage or because the system of trenches and defences they had built proved very hard to overcome. This considerably slowed the Nationalist advance and some elevations were taken and lost up to eight times in a single day.

To the cruelty and violence of the battle, we have to add the extreme conditions in which the soldiers had to fight, in a rugged inhospitable terrain that made it extremely difficult to evacuate the wounded and re-supply the troops. This was without doubt the toughest and bloodiest battle of the entire Civil War.