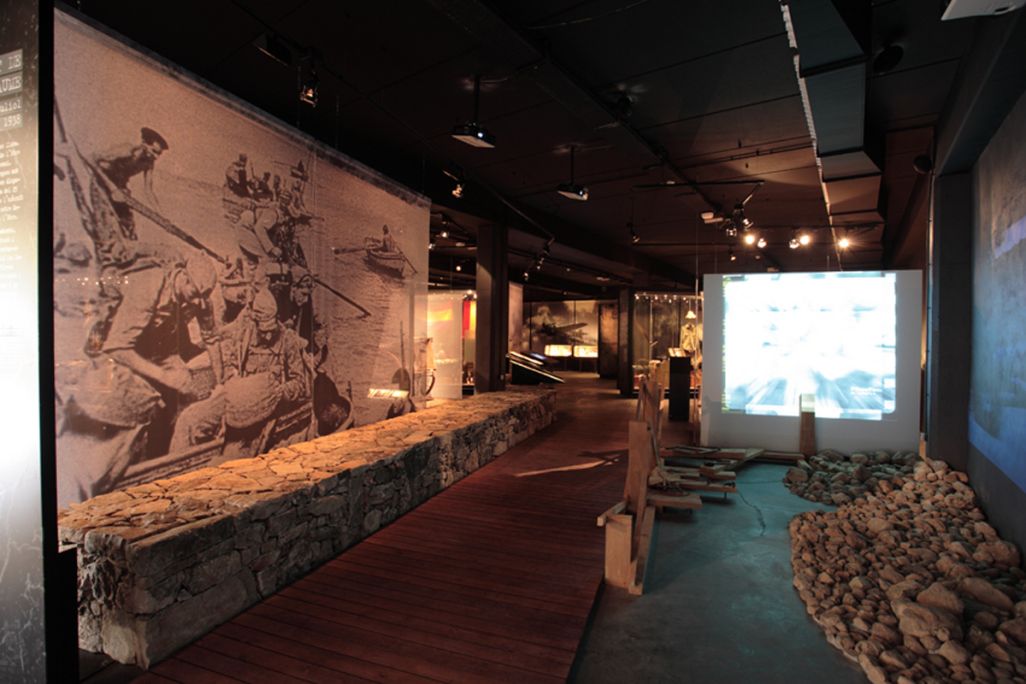 Boats, bridges and footbridges were used to cross the Ebro and begin the hardest-fought battle of the war.

On the dark, almost moonless night of St James’ Eve (24 July), five Republican divisions from the Army of the Ebro –more than a hundred thousand men– waited in silence for the order to cross the river. Rowing boats, pontoon bridges, small boats pulled by overhead cables, and wooden and metal bridges were deployed. At 00.15 hours on 25 July they began to cross the river at more than twenty different points between Mequinensa and Amposta.

For 115 days, almost three hundred thousand combatants, eight hundred artillery pieces, six hundred aircraft and two hundred and sixty tanks fought a long and bloody battle. The devastation was immense in the counties of Terra Alta and Ribera d’Ebre. Infrastructure, houses, farms and fields were destroyed; the population was forced to flee and the countryside was turned into a wasteland strewn with explosives and the scrap metal of war. This material and human disaster would be decisive for the outcome of the Spanish Civil War.