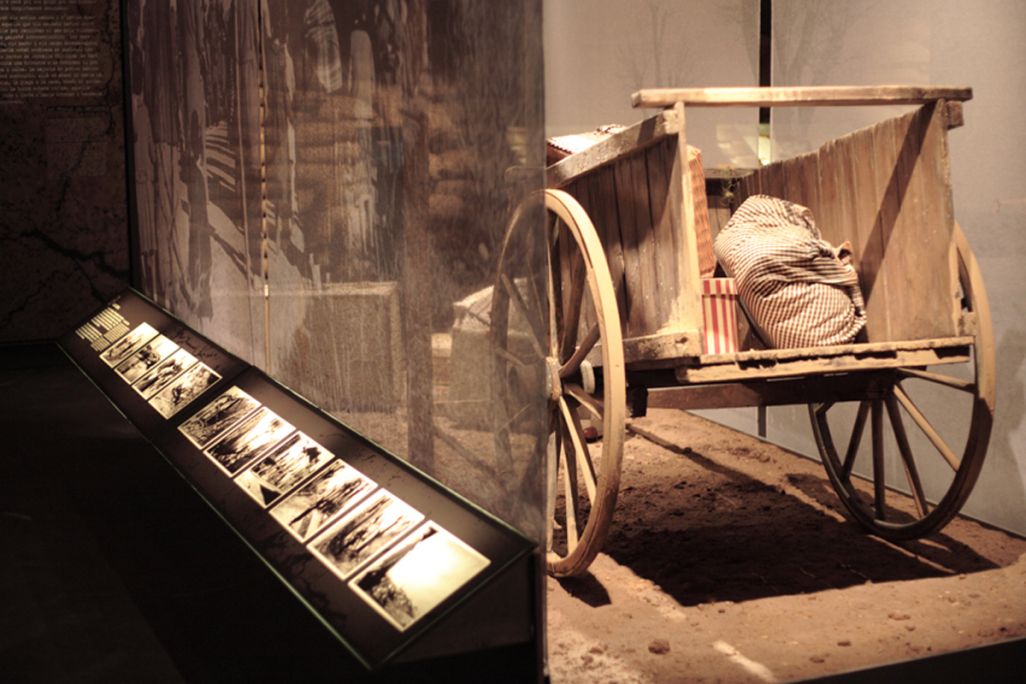 Hundreds of thousands of people fled into exile to escape the Francoist repression.

The loss of the Cavalls Mountains was the signal that the Ebro offensive had failed. It was time to prepare the retreat of the remains of the Ebro Army. At dawn on 16 November the Republicans re-crossed the Ebro after 115 days of combat.

The battle had revealed the deficiencies of the Republican army in terms of arms and munitions. The difficulty in supplying the front, the delay in the arrival of promised aircraft and strategic mistakes in the planning and operation of the battle were fundamental. This battle of attrition was eventually won by the side with the most human and material resources at their disposal. The weight of international politics also tipped the balance in favour of Franco. In this respect, the Munich Agreement signed by the United Kingdom, France, Germany and Italy was decisive, as it left the Republic to its own devices and without any kind of international support.

At the Ebro the Republican army had exhausted all its ability to fight back. On 23 December 1938 Franco began the definitive offensive against Catalonia. Three months later he signed the “Parte de la Victoria” in Burgos. The defeat at the Ebro was the final blow for the Republic and for democracy. With the war over, the victors were implacable. Their aim was to erase any trace of the ideals, lives and memory of all those who had defended the legitimacy of the Republic.