Room with a mosaic dome 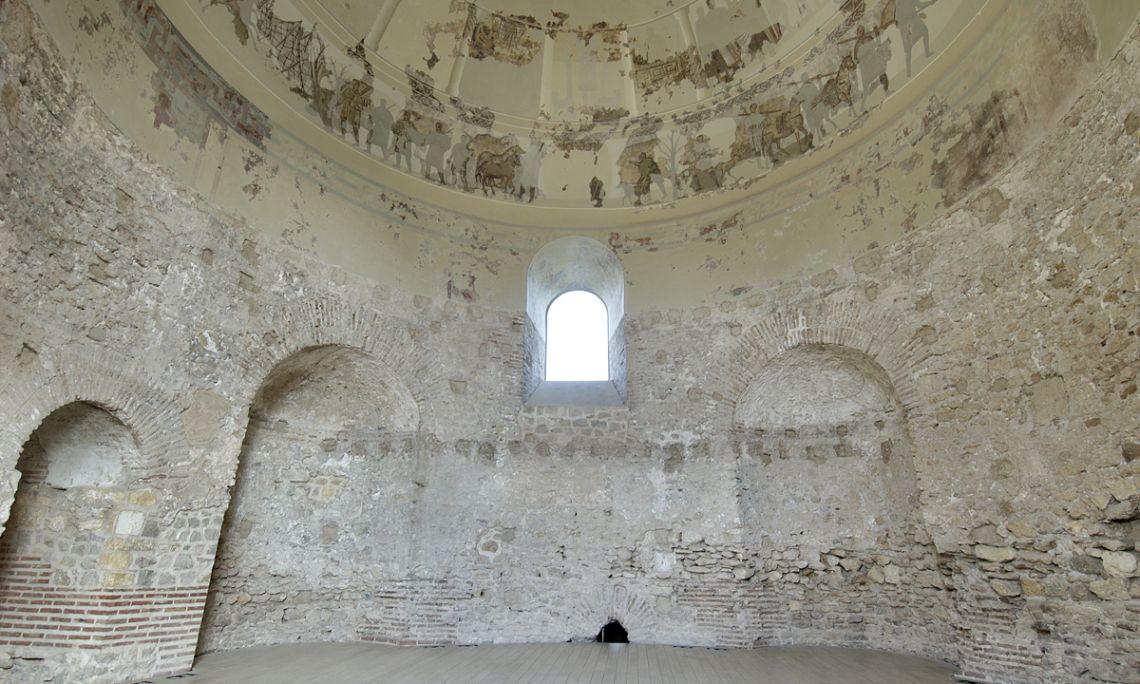 View of the room with the mosaic dome.

This round room with a mosaic dome contains four recesses which had been covered with paintings and mosaics. Below the ceiling mosaic, remains are preserved of the mural painting: a complex of houses, the bust of a young woman, some antelopes and geometric motifs.

The dome was entirely clad with a polychrome mosaic with scenes divided into three areas: the  bottom frieze featured a hunt; the middle band scenes from the Old and New Testaments and the top band the four seasons.

This is the oldest known mosaic dome with Christian imagery from the Roman world. 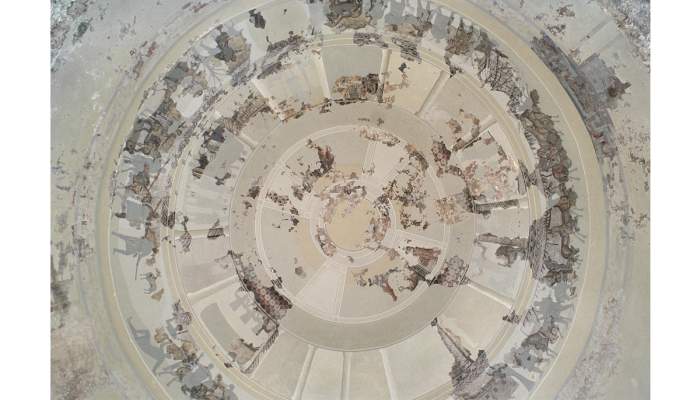