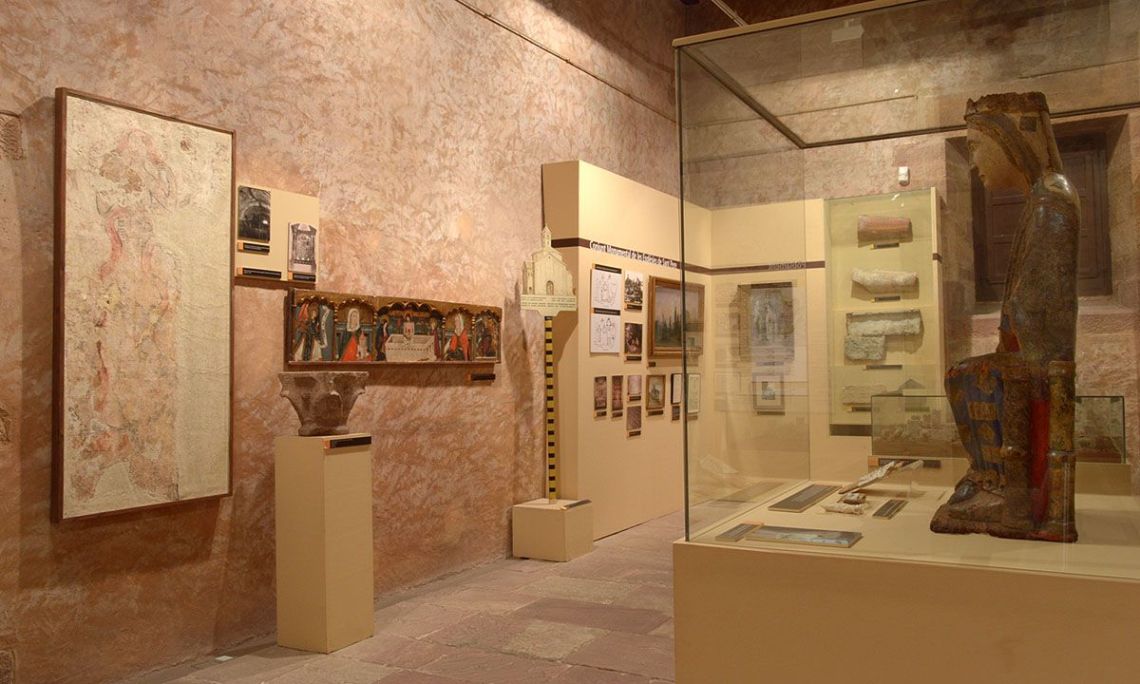 The room begins by referring to religious aspects, with a map of the location of churches and chapels in the region and the extant heritage elements, some with photographs and drawings. There are also original pieces, such as the remarkable Romanesque carving of the Virgin of Sant Cugat with her relics, a sample of the mural paintings from the old Church of Rellinars showing the figure of Salomé, a capital from the same church and the Gothic predella from the altarpiece of Sant Salvador de les Espases, the whereabouts of which are unknown.

The following thematic block includes items from and photographs of the Seu d’Egara in different periods, signs, a painting by Modest Urgell, inscribed tiles, a fragment of a sarcophagus and an amphora.

Next is the founding of the town of Terrassa, which grew up around the palace castle in the 13th century. Archaeological items are exhibited, such as ceramics, metal tools, building material... a maquette of the town and a map of its walls and towers.

The section ends with a monographic study of the Castell Cartoixa de Vallparadís, with its maquette and objects, tableware and other pieces from the Carthusian Monastery of Sant Jaume de Vallparadís between the 13th and 14th centuries. 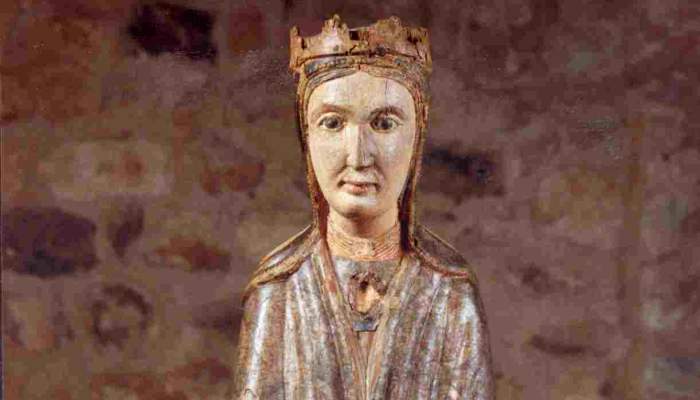 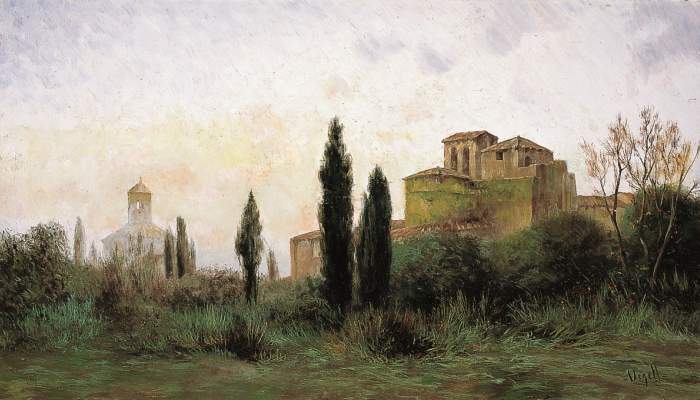 View of the churches of Sant P