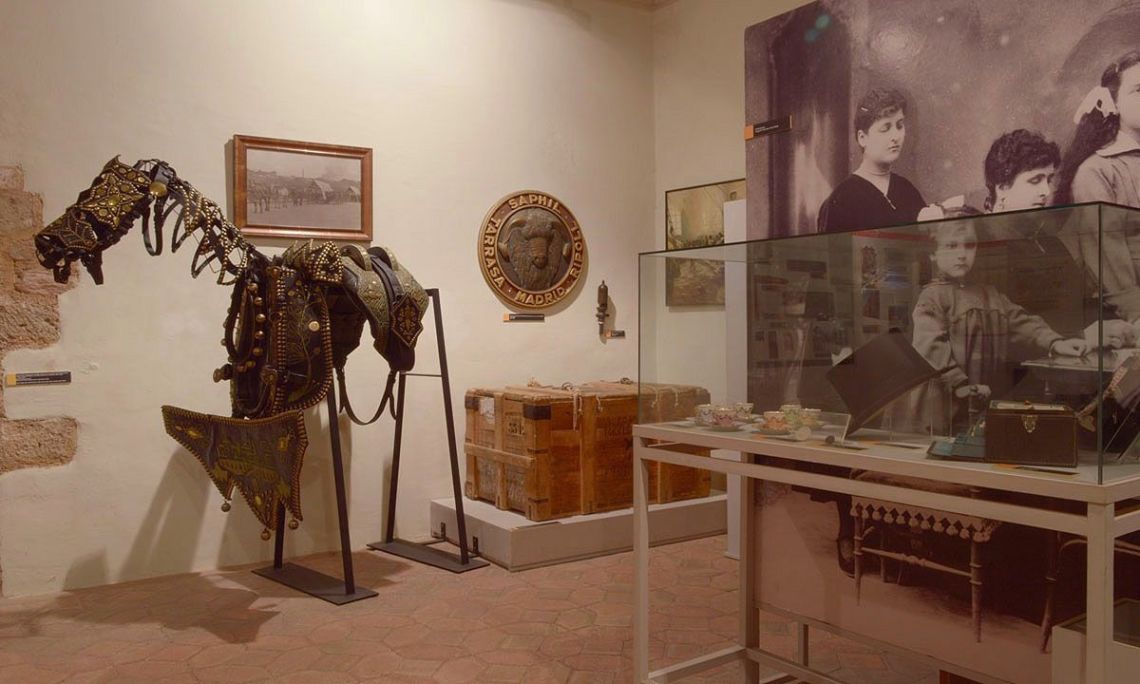 Recreation of home life after the Civil War.

This section begins with a room given over to the rural environment, centred on the Universitat Forana (village of Sant Pere), with drawings of farmhouses and the rural heritage by Mateu Avellaneda. There are several objects, such as the baton of the last mayor of the village of Sant Pere, and elements of everyday country life, both  in relation to agricultural activity and domestic furniture, wine barrels, a shepherd’s umbrella, a headboard and so on.

The other part of the section is devoted exclusively to industry, which took deep root in the city and led to its transformation and enlargement. A map shows the location of the industries, the emblems of some of these, and such curious items as the trappings of a draft horse of the Cardús company, a box for spindles and the “whistle” of L’Anònima. Alongside this, the audiovisual titled A toc de pito narrates the lives of textile workers and ends by contrasting the life of bourgeois and working-class families through photographs and a variety of different items.

The third subject is that of culture and society. We may contemplate a door and different items of urban furniture, works by local artists (Vancells, Benet, Torres García…), items denoting popular culture and politics, the people’s militia, visits by kings and General Franco, and the Olympic torch of 1992.

The section ends with the recreation of domestic life after the Civil War. 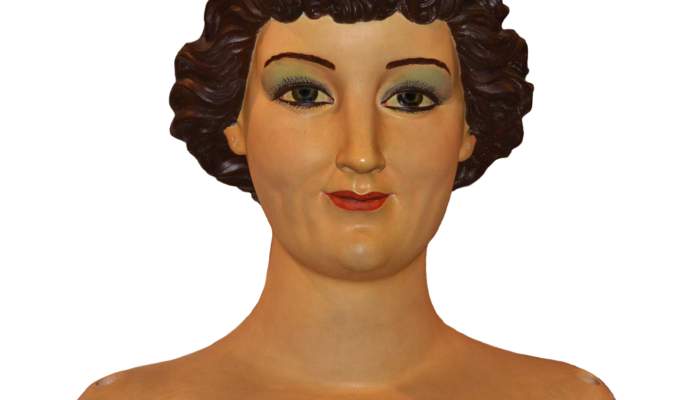 Head of the New Giantess of Te 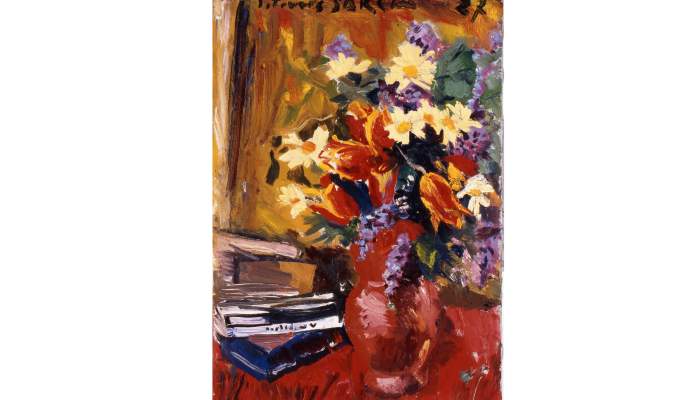