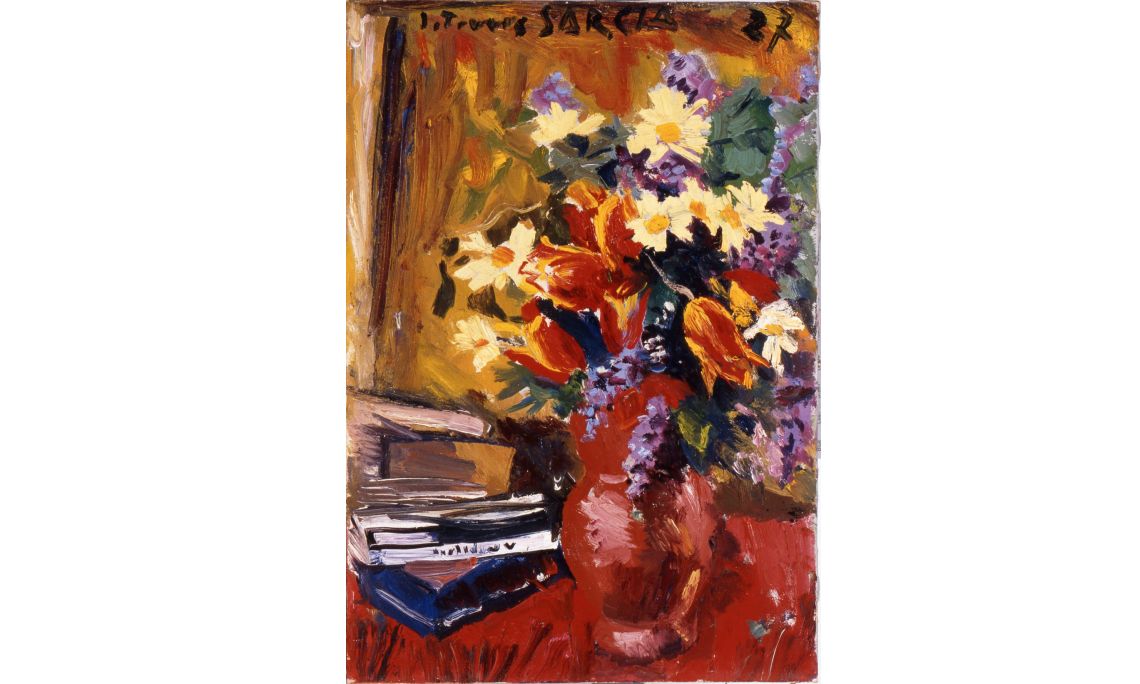 Still life of a vase with flowers on a table where there is also a pile of books. This is a minor work, painted during his Catalan period, but after his stay in Terrassa.

Joaquim Torres García (Montevideo, 1874-1949) established links with the city of Terrassa between 1910 and 1918. Traces of his sojourn in the city may be seen in in a number of notable mural works and an innovative, avant-garde influence on the artistic life of Terrassa, especially through his presence in the Gremi d’Artistes de Terrassa.