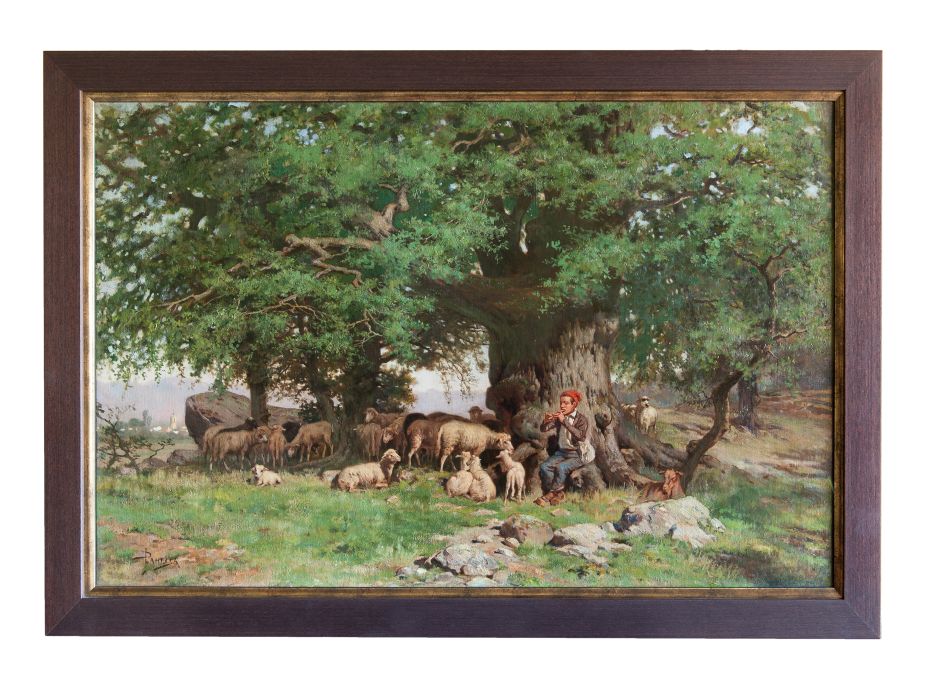 Bucolic scene of a shepherd with his flock. These idealized landscapes were highly valued for decorating the houses of the bourgeoisie in Barcelona's Eixample district. Rafel Patxot, philanthropist and patron of Catalan culture, acquired the painting by Jaume Pahissa (Barcelona, ​​1846-1928), a Romantic painter influenced by the Barbizon School and English landscape painting. In 1936 Patxot was exiled to Switzerland for his uncompromising position against the Franco regime. His granddaughter bequeathed the picture, which had presided over the dining room of his exiled home, to the Verdaguer House Museum in tribute to the poet.