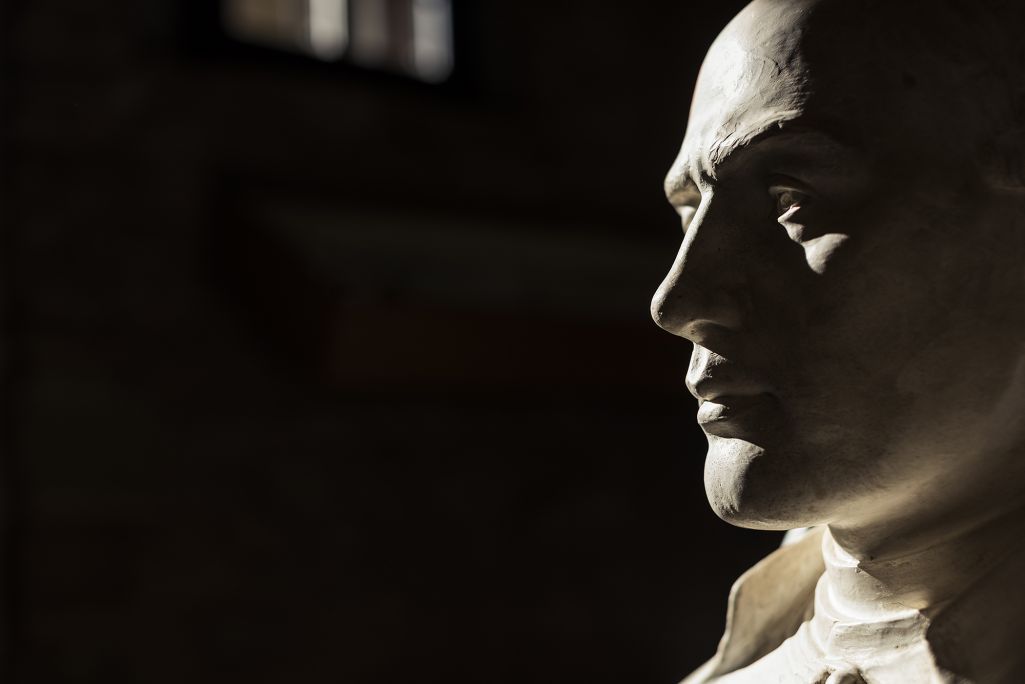 This bust, sculpted by Pere Puntí i Terra (l’Esperança, Gurb, 1880 - Vic, 1962), made from plaster and bronze, can tell us the story of the museum. It was supposed to be inaugurated in the month of August 1936, but the outbreak of war (1936-1939) prevented this from taking place. After the change in fortunes resulting from the political upheaval of the Franco dictatorship, the house was acquired through public donations and the museum was created in memory of the poet. In times of conflict, it was respected by all sides because he was the poet of the town. Since 1967, the Verdaguer House-Museum has rendered homage to its poet.