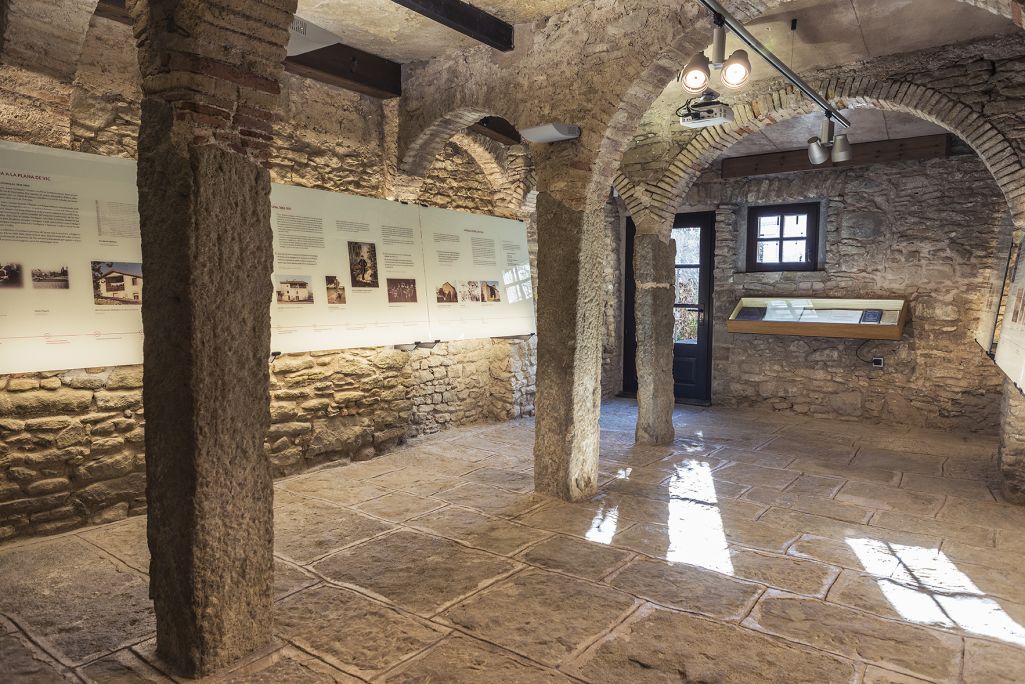 Bust of Verdaguer on the ground floor of the House-Museum.

The Verdaguer House-Museum is a terraced house built in the mid-17th century on the Carrer Major, the main street in the town centre of Folgueroles. The building has undergone several changes, especially in the second half of the 19th century, when the house was divided in two and the Verdaguer Santaló family established themselves there. The entrance leads to the old shop, where they once kept their tools for working the fields, now used as a reception area. Further on are the former stables and slurry store, which contains an exhibition about the author's life and work. The glass cases display several editions of his epic poem L’Atlàntida (Atlantis). The exit at the far end opens onto a laurel tree, a symbol of poetry, which grows from a shoot planted by the poet in Vinyoles d'Oris. 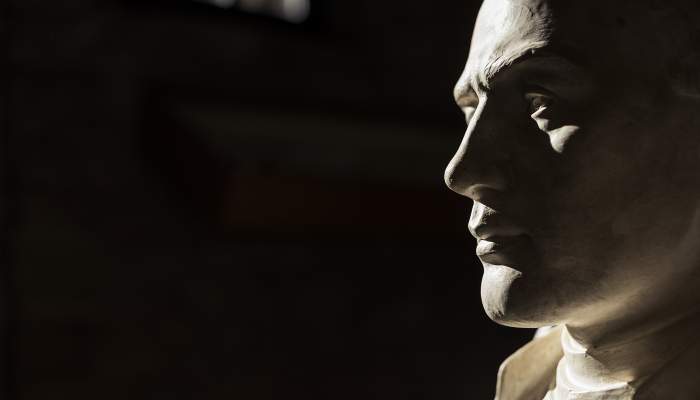 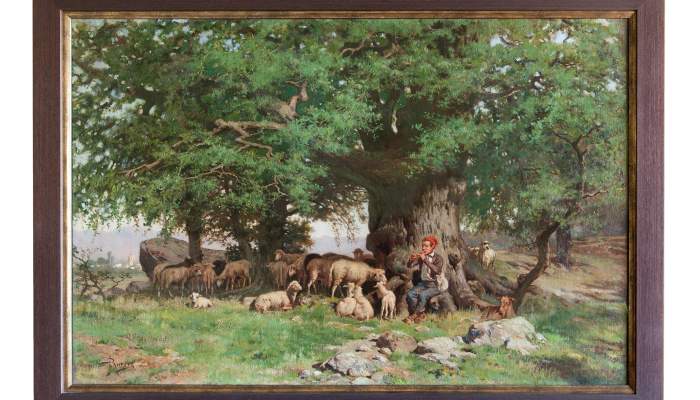