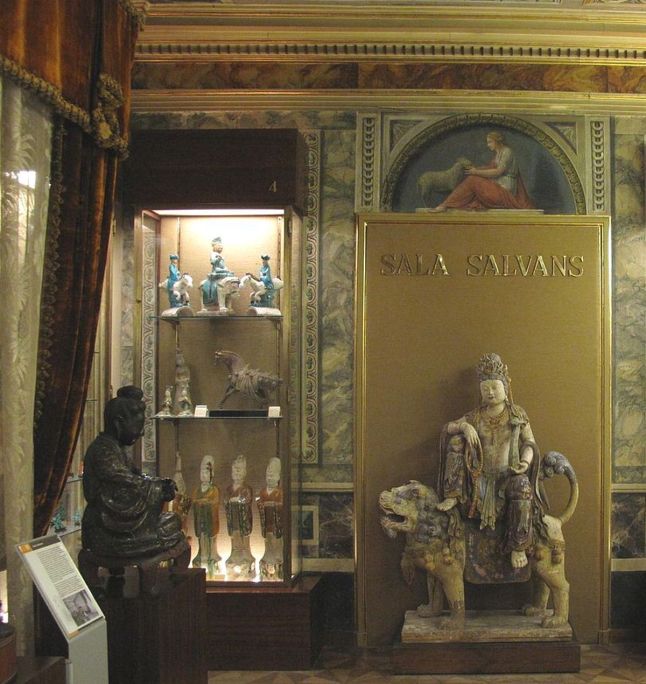 This is another original room in Casa Sagrera. It was initially the main bedroom with an alcove.

It still preserves the mural paintings from the early 19th century, although the figurative scenes of the life and death of the Virgin disappeared during the War of Independence. At present, we may contemplate only the decorative painting that framed these scenes, along with the canvases on the ceiling which depict Biblical scenes featuring  Judith and Holofernes.

The west wall still preserves the frame of a door which, in the period of Casa Sagrera, led into the neighbouring house.

Part of the furnishings is now in the first-floor corridor and matches the door and window curtains.

Since 1974 this room has exhibited the collection of oriental art and statues donated to Terrassa by Montserrat Corbera, the widow of Josep Salvans. The collection consists of 400 pieces of different material, cults and purposes from China, Japan and South-East Asia.

Most of the collection dates from the period between the 17th and 20th centuries, apart from a few earlier pieces.