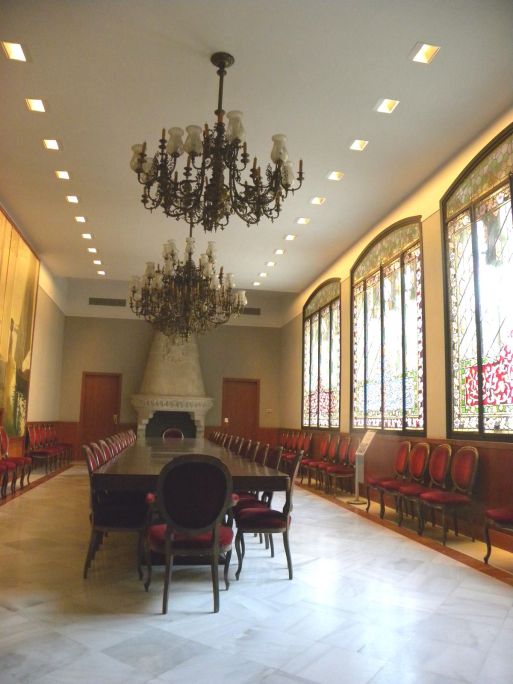 This large dining room was used for special events. It is an unfinished project from 1917 by Joan Pallarols, in the neo-Gothic style.

The project contemplated a wooden skirting board and coffered ceiling, but only the stone fireplace was built, which is purely decorative, with the family crest sculpted in relief. The three large stained-glass windows, attributed to the Maumejéan company, look onto the rear courtyard.

When the house was converted into a museum in 1973, the curator Jeroni Font decorated the room as a dining room for formal occasions. A large table was added, from Torre Salvans, where the President of the Spanish Second Republic, Manuel Azaña, presided over his last Cabinet Meeting.

Also added were the panels from the murals which Alexandre de Riquer painted in 1901 for the assembly hall of the Institut Industrial de Terrassa.

In a final restoration, the floor, the wall coverings and the ceiling were all renovated. 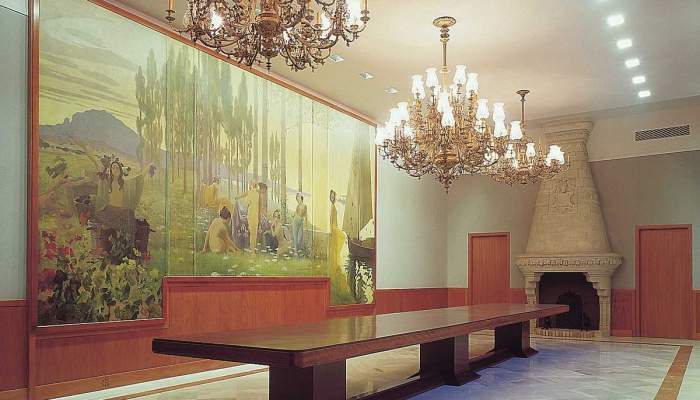