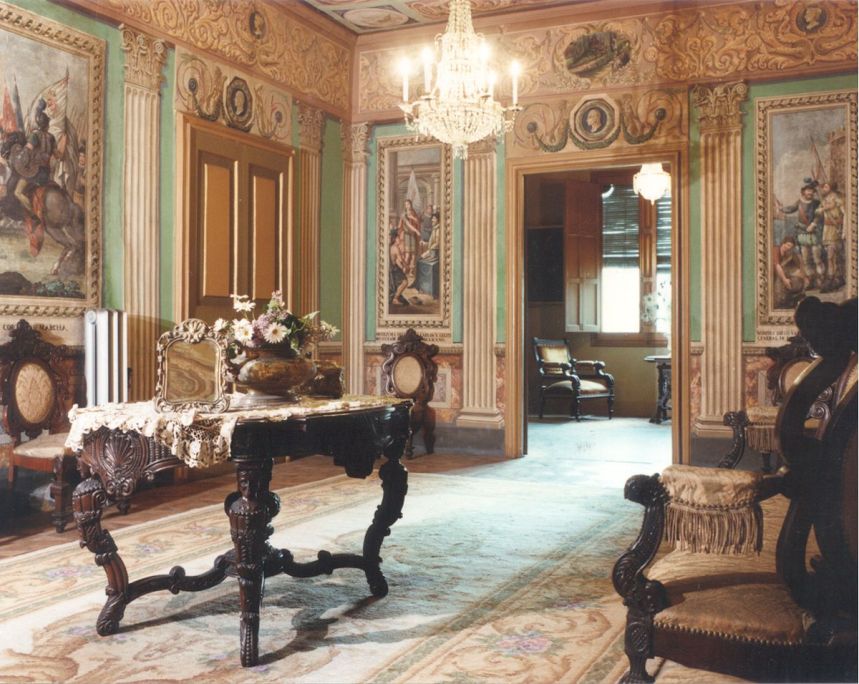 This room, one of the original ones at Casa Sagrera, provided access to the bedrooms through four doors.

The walls still retain the original tempera murals from the early 19th century, attributed to Josep Arrau i Estrada: six panels show the conquest of Mexico by HernánCortés, and include legends that narrate the different scenes.

These scenes are: Hernán Cortés is appointed general of the armada by Diego Velázquez; the Spaniards fight a mighty army of Indians from Tabasco and its region, and win; Hernán Cortés grants the peace requested by the senate of Tlaxcala; after signing the peace treaty with the Republic of Tlaxcala, Hernán Cortés marches to that city; Moctezuma declares Charles V legal heir to the Mexican Empire and the armada is beached or destroyed.

The original Elizabethan furniture of this room consists of a sofa, two armchairs and a dozen chairs, and is on display in the next room, known as “dels forasters” The furniture that decorates it comes from the former Casa Alegre on Carrer del Nord in Terrassa. 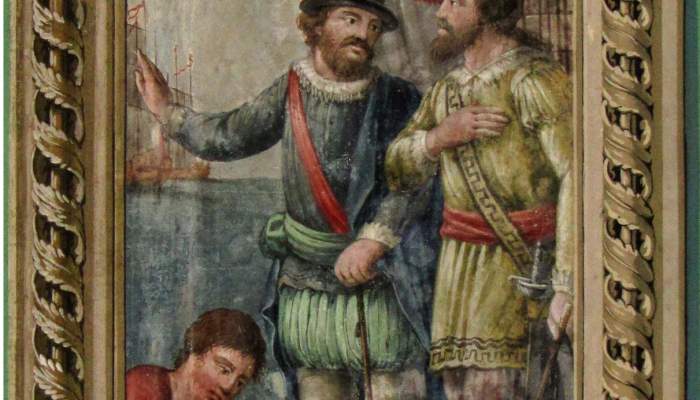