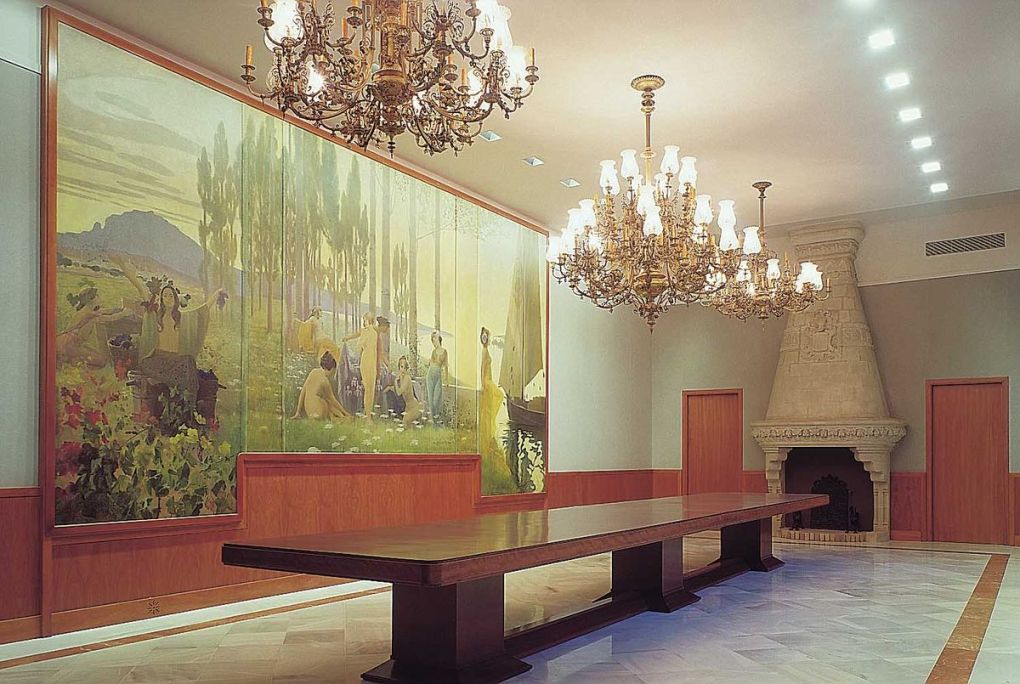 His paintings address the landscape, religion and the human form in realistic, imaginative or mythological terms.

He was employed on the decor of the assembly hall at the Institut Industrial de Terrassa, but the contract was terminated after a series of disagreements between the artist and the entity. Eventually, he was able to finish only this panel, which was transferred to Casa Alegre de Sagrera in the 1970s.

The work represents agriculture (women gathering fruit and working the land with the mountain of Sant Llorenç in the background), industry (women making clothes) and exports (a sailing vessel with a cargo of clothes).