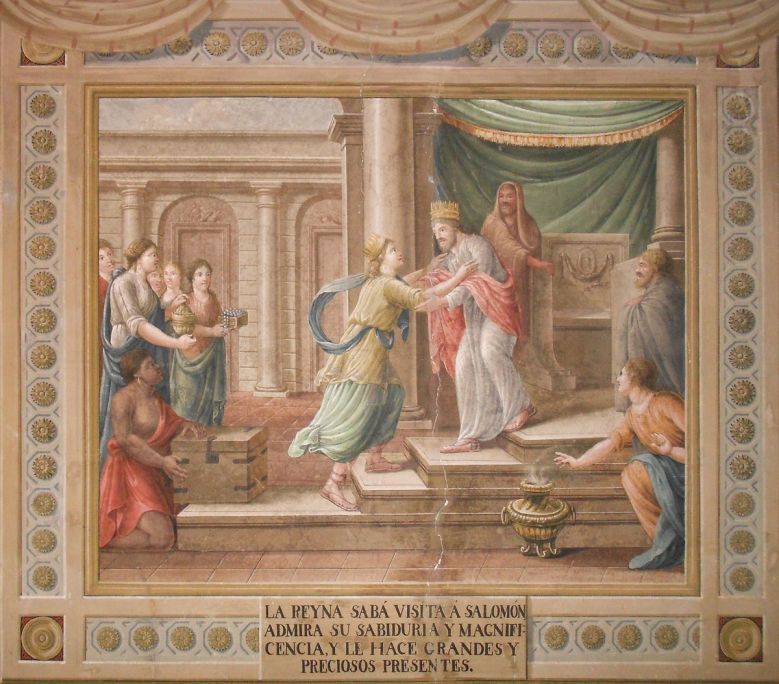 This is one of the rooms that was left intact after renovation of Casa Sagrera in 1911.

18th-century paintings are preserved, in tempera on the walls and on canvas on the ceiling. The wall paintings depict the Judgement of Solomon in four scenes, with legends at the bottom, while the ceiling has panels and medallions in the corners.

This room, the alcove of the main bedroom of Casa Sagrera, was later to converted into the ‘visitors’ room’room in Casa Alegre de Sagrera. The original Elizabethan-style furniture has not been preserved.

Sala Fèlix Mestres, between the drawing room and the main bedroom of Casa Sagrera, was the head of the family’s study. In 1911 it was remodelled and converted into a music room. The panel painted on the ceiling is attributed to Aureli Tolosa (1861-1938). In 1975 it became known as the Sala Fèlix Mestres (1872-1933), because it exhibits several works by this prestigious Catalan painter.