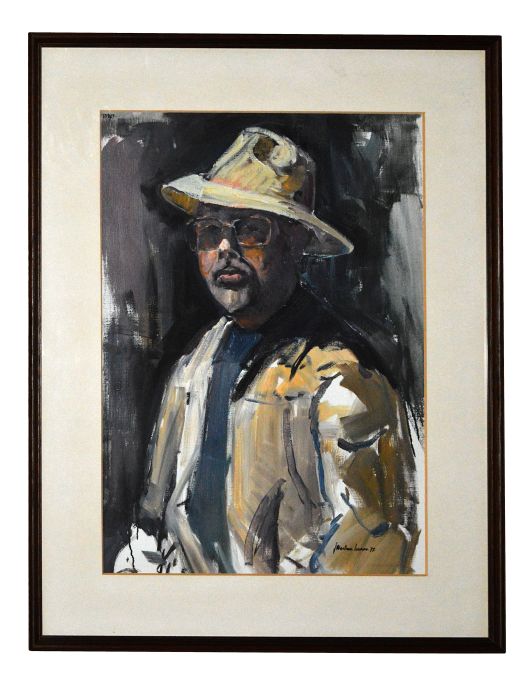 This is a self-portrait of the artist Josep Martínez Lozano (Barcelona, 1923 - Llançà 2006), a widely acknowledged painter who in the 1960s emerged as a cultural and artistic reference point in Terrassa.

His links with Terrassa were established in 1963, when he exhibited at the Biennal de Pintura Ciutat de Terrassa of that year. Although he won no award, he aroused the interest of artists and collectors. He settled permanently in Terrassa in 1965.

He was renowned above all as a watercolourist, although he also cultivated oil painting and drawing, taking the landscape as his permanent subject.