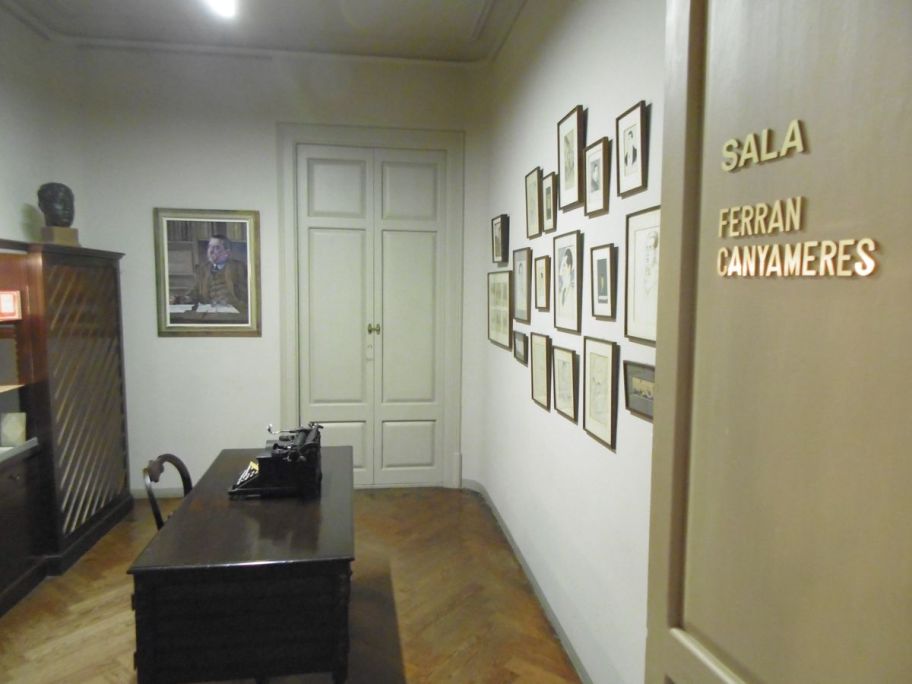 In this section there were several bedrooms, a toilet and a bathroom. The toilet still has the furniture from the refurbishment of 1911: the washbasin, the mirror, lights and cupboards. The bathroom, which is not open to the public, is also original. The four bedrooms have been converted into thematic rooms devoted to different artists and writers.

The Sala Ferran Canyameres (Terrassa, 1898 - Barcelona, 1964) was opened in 1986 on the occasion of his daughter Montserrat Canyameres’ donation of all his literary material, correspondence and personal and artistic items. Only these objects are on display.

The Sala Josep Maria Martínez Lozano (Barcelona, 1923 - Llançà, 2006) contains a selection of paintings by this watercolourist who settled for a time in Terrassa.

The Sala Carlos Baca-Flor (1867-1941) exhibits part of the work by this Peruvian artist (the Museum preserves over one hundred). The paintings in the corridor leading to the bedrooms in this wing are also by this artist.

The room  where the Museum’s coin collection is stored lies at the end of this section, but is not currently open to the public.