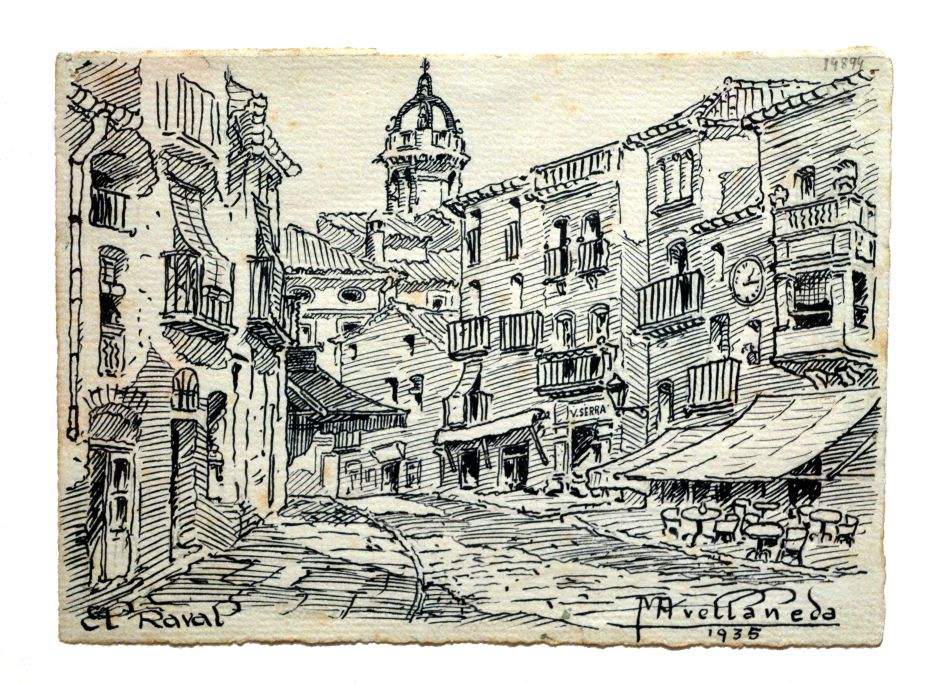 This drawing depicts an urban landscape in Terrassa, specifically the El Raval district, in the modernperiod. The Church of El Sant Esperit belltower can be seen in the background, beyond the rooftops.

Mateu Avellaneda Cañadell (Terrassa, 1902-1949) was a notable practitioner of local historical drawing: he depicted Terrassa in the medieval and 19th-century periods, the churches of Sant Pere and the farmhouses, chapels and hermitages in the city’s municipal district. He also cultivated other kinds of drawing, such as ex-libris, heraldry, copied stamps and engravings, and provided illustrations for religious poems and notarial documents.