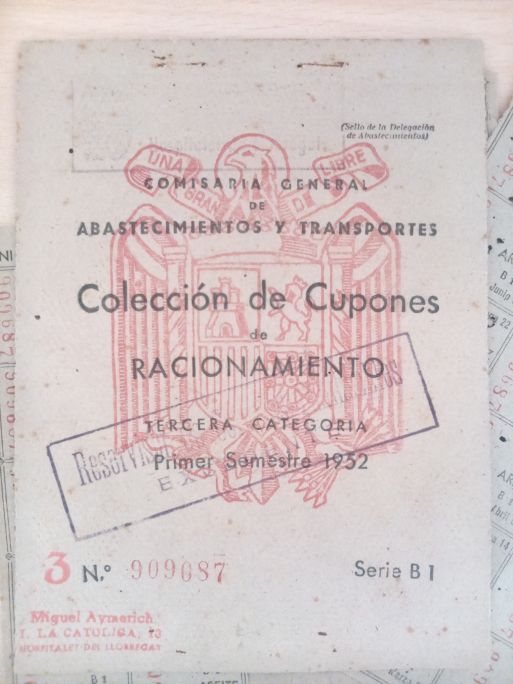 Ration book, General Unit for Supplies and Transport, first half of 1952. Can Riera. Museum of l'Hospitalet.

The consequences of the Spanish Civil War (1936-1939) were long-lasting. During the post-war years of famine, this book had to be presented in order to buy emergency supplies. However, as this was not enough, the wealthier turned to the black market, often controlled by officials or supporters of the regime.

Ration cards became a symbol of everyday life for whole generations who struggled to survive in the context of a strong policy of repression and political persecution by the Franco regime.