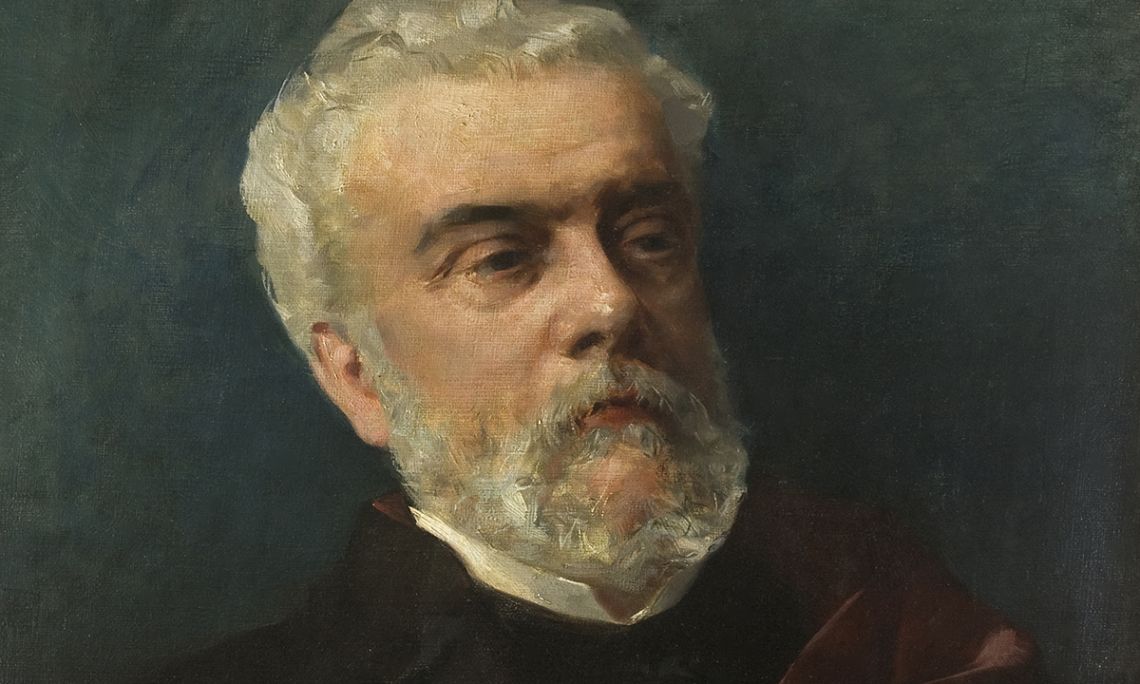 Víctor Balaguer i Cirera (Barcelona, 1824-Madrid, 1901) is considered to be one of the most important 19th century Catalan politicians and writers. His ideas, which helped create a collective Catalan consciousness and revalue traditional Catalan symbols, are expressed in works of poetry, drama, prose, newspapers and, needless to say, in speeches and other political texts. On the purely literary side, alongside his poetry and legends we should note the contribution he made to renovating Catalan theatre with Tragèdies (Tragedies) (1876) and the Los Pirineus (The Pyrenees) trilogy (1892).

Regarded as one of the principal guiding spirits of the Catalan Renaixença movement, he was appointed Barcelona ’City Chronicler’. In this city, he named streets in the Eixample district corresponding to territories, institutions and personalities of the Crown of Aragon, which he invariably extolled as a paradigm of liberal, democratic political organisation.

In the mid-19th century he set off on his political career. Here he stood out as leader of the Partit Progressista (Progressive Party) as well as by forming part on four occasions (1871, 1872, 1874 and 1886 to 1888) of the Madrid government, where he became Minister of Public Works and of Foreign Affairs. He was also a very influential member of Catalan and Spanish Freemasonry.