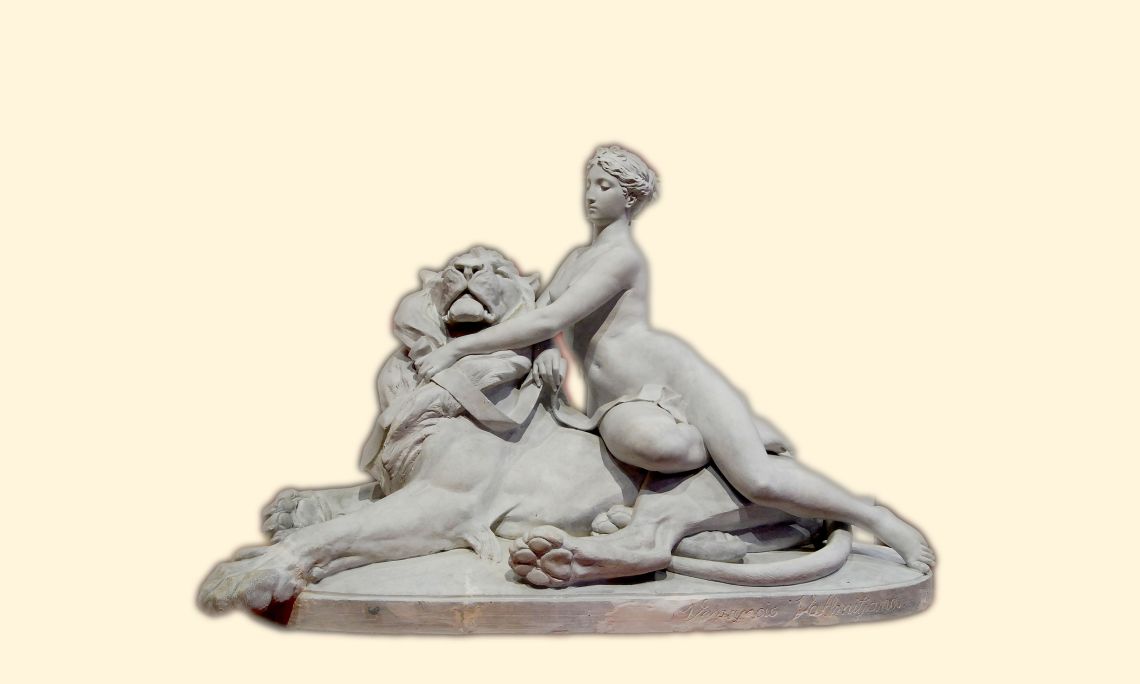 Catalan realist sculptor Venanci Vallmitjana i Barbany (Barcelona, 1826-1919) and his brother Agapit emerged as paradigms of Catalan sculpture in the mid-19th century.

The original piece Beauty Overcoming Force, executed in marble, was commissioned by Lord Stanley of Manchester. Venanci Vallmitjana himself made other versions of this work in plaster and terracotta, in several different dimensions. The Prado Museum has one in its possession.