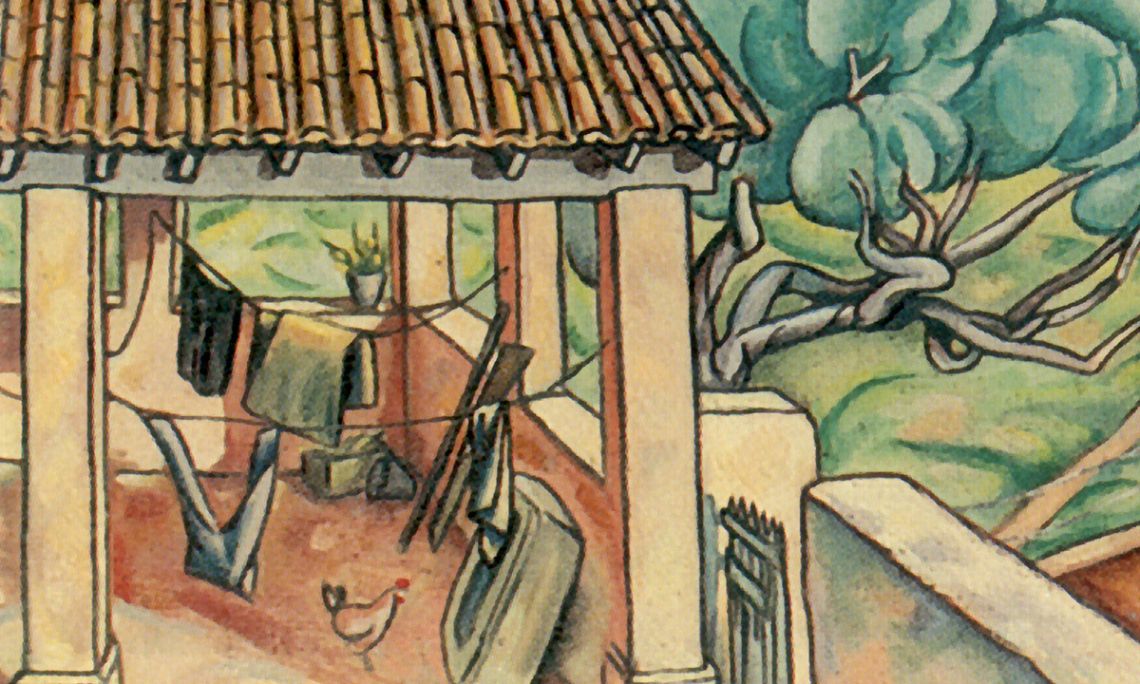 The Porch reveals a stylisation of the Catalan rural world, with influences of fauvism and cubism. The colours of the French flag on the hot air balloon are a tribute to the country that won the First World War.

The work was exhibited at the 1918 Barcelona Saló de Tardor and was later included in the section of Catalan artists at the 1922 Salon d’Automne.