The artists from Vilanova i La Geltrú 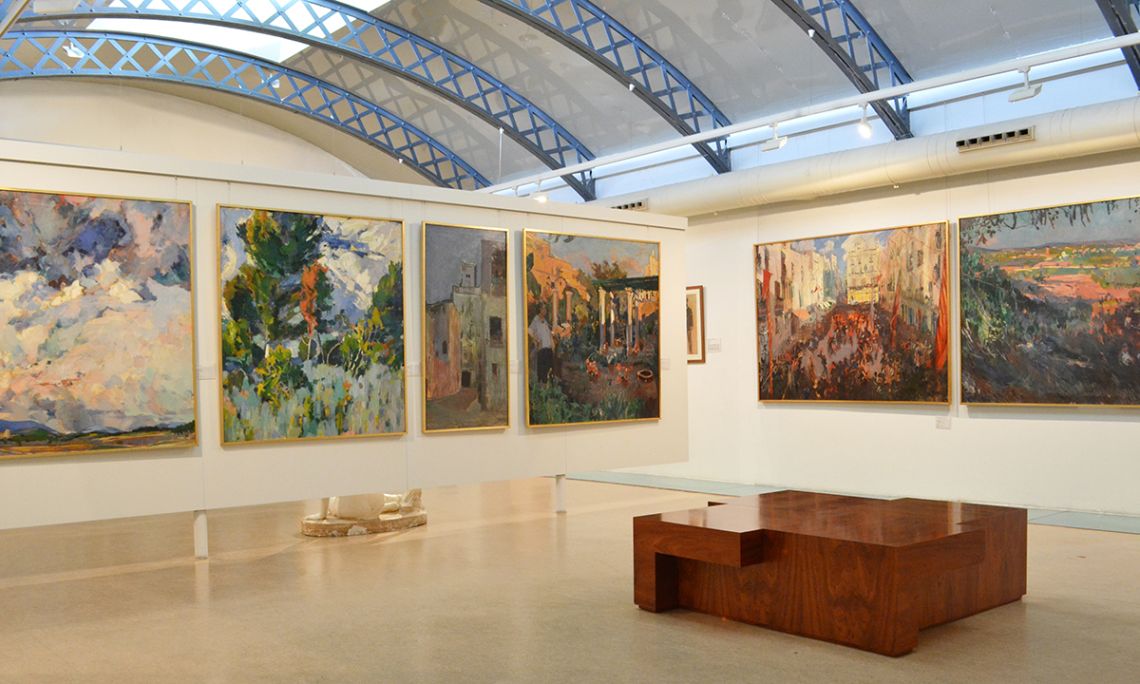 This section exhibits the paintings that decorated the walls of the Cafè del Foment.

This city's artists occupy two sections of the Museum. On the one hand, the room devoted to the works that decorated the walls of the former Foment Vilanoví society café, on permanent loan since 1972. This set of mural paintings, which depict different places and traditions of the town, was executed in 1925 by Joaquim Mir, the spirit behind the project, together with Enric Cristòfol Ricart, Alexandre de Cabanyes and Martí Torrents.

The other section exhibits the oeuvre of the main Vilanova artists from the first half of the 20th century. These works include those that were created by artists of the Vilanova school, a group of painters whose mouthpiece was the local journal  Themis. Some, such as Rafael Sala and Enric Cristòfol Ricart, presented their first public exhibitions alongside Joan Miró.

14. The paintings of the Cafè Foment. 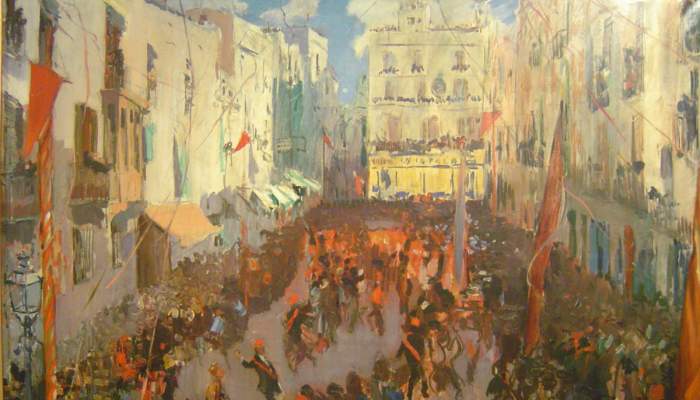 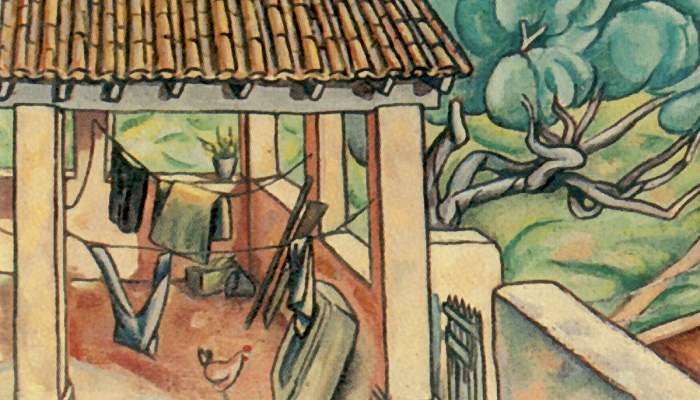