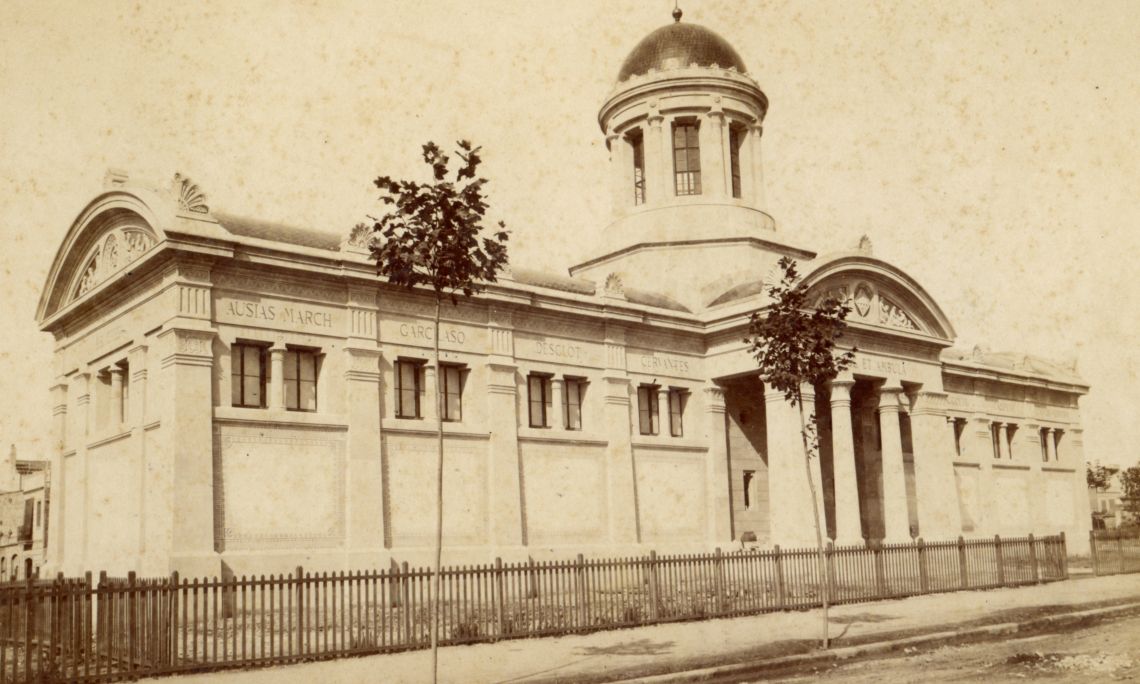 Photograph of the Víctor Balaguer Museum and Library shortly after it opened to the public.

The Víctor Balaguer Museum and Library was instituted to offer the public the opportunity to contemplate Víctor Balaguers’s collections of art, books and ethnography. However, the Museum also includes other donations, objects both from Catalonia and from cultures around the world, which converted some of the rooms into displays of exotic curios in the eyes of society at the time.

Founded in 1884, it coincided with the decade of the so-called Febre d’Or (Gold Rush), which in the field of arts and museology corresponded to the period of research into and revaluation of the industrial arts and design.

Thus, the collections that Balaguer put together were not restricted to art and literature since they also encompassed archaeology, ethnography, crafts and the decorative and industrial arts, thereby constituting a valuable, extraodinarily interesting miscellany.

The building was conceived as a classical temple surmounted by a central dome with two symmetrical wings which were allocated to the Library and the Museum respectively. It was designed by Jeroni Granell in an eclectic style, characteristic of the late 19th century, with neo-Egyptian and neo-Greek decorative elements. It  was one of the first public buildings in Catalonia conceived specifically as a museum.