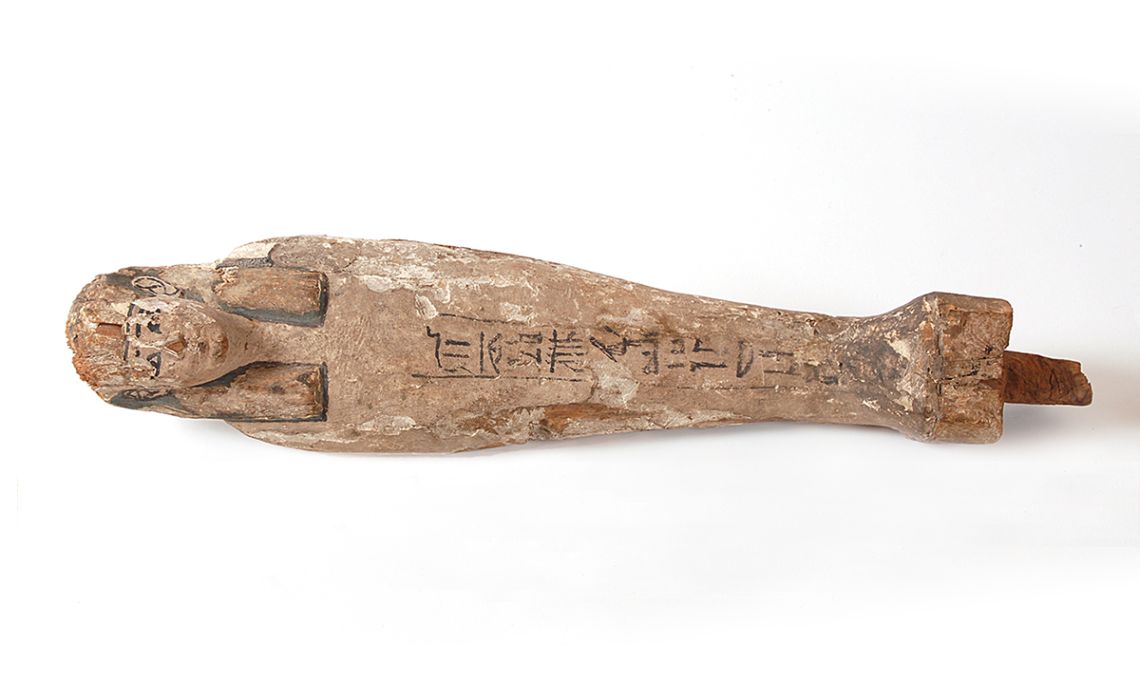 Rendering of Osiris, god of the dead. This mummiform features a column of hieroglyphs with a text dedicated to Osiris Khenti-Amentiu, Lord of Abydos.

It seems that the figure must have originally formed part of a group representing the funeral deity Ptah-Sokaris-Osiris, in which there was a cavity between the figure of Osiris and that of a falcon -which represented Ptah-Sokaris- where a papyrus roll was placed with texts from the Book of the Dead.

The representations of this deity, characteristic of the late period of Ancient Egypt, were regularly placed on the tombs as protection of the dead.