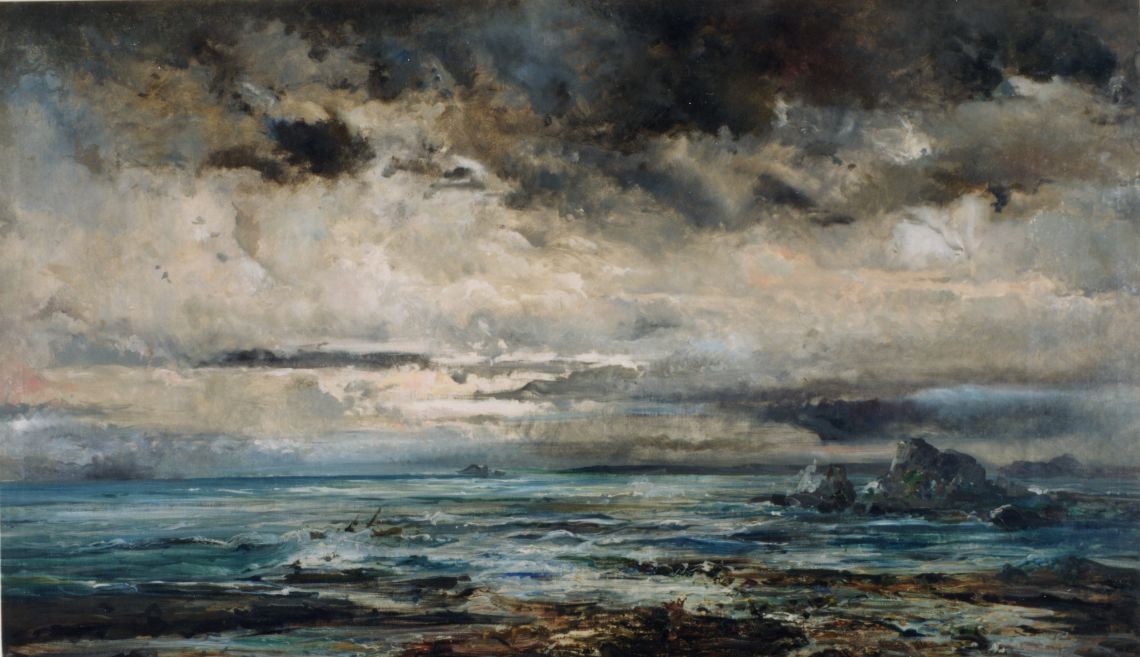 Ramon Martí Alsina (Barcelona, ​​1826-1894) executed this large-format canvas the 1872 Barcelona Exhibition, along with another titled A Corner of Montjuïc.

In his works he depicted realistic genre scenes without any idealisations or unnecessary embellishments.

His style is sketchy, combining modernity and an air of pleasantness to suit public tastes, while at the same time characterised by a vibrant, dynamic air that would of necessity have appealed to the collector’s romantic, positivist personality. For years, this work decorated the drawing room of Casa de Santa Teresa, adjoining the museum building, which served as Victor Balaguer’s home.