Quetzalcoatl, Pre-Columbian god of the wind 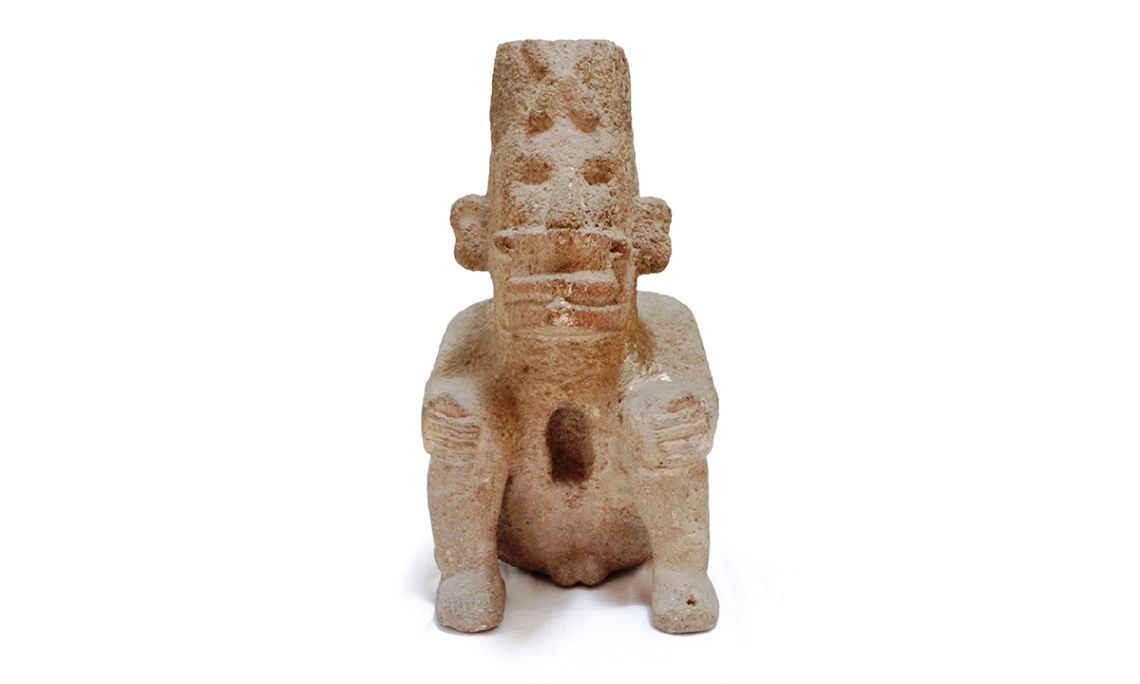 Quetzalcoatl is represented here as god of the wind and was one of the most important deities worshipped in Mexico-Tenochtitlan.

According to the mythology of the peoples who occupied the centre of Mexico, Quetzalcoatl,  also called Ehécatl, played a pivotal role in the myths of creation, as god of creation and cultural hero. Together with Tezcatlipoca, god of rulers, priests and warriors, he created the Earth and the heavens. He retrieved the bones of the men who were in the underworld, and thus created humanity, the Fifth Sun, in the city of Teotihuacan.