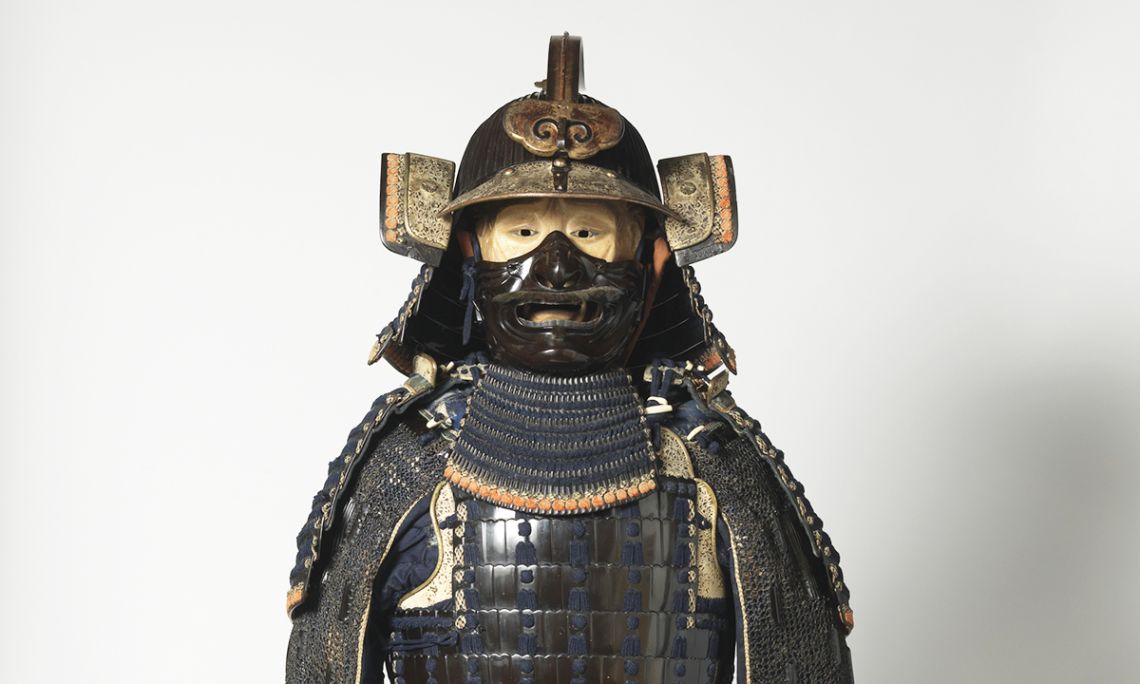 The Japanese warrior elite that emerged around the 10th century and endured from the end of the 12th century until the Meiji Restoration (1868) was known as the bushi or samurai. The bushi played a prominent role not only in the political and military spheres but also in Japanese culture.

The armour is the domaru type, used primarily by the infantry. It consists of a helmet, cuirass, cuisses, knee caps, greaves, vambraces, a faceplate and mask, which served both to protect the face and to terrify the enemy.