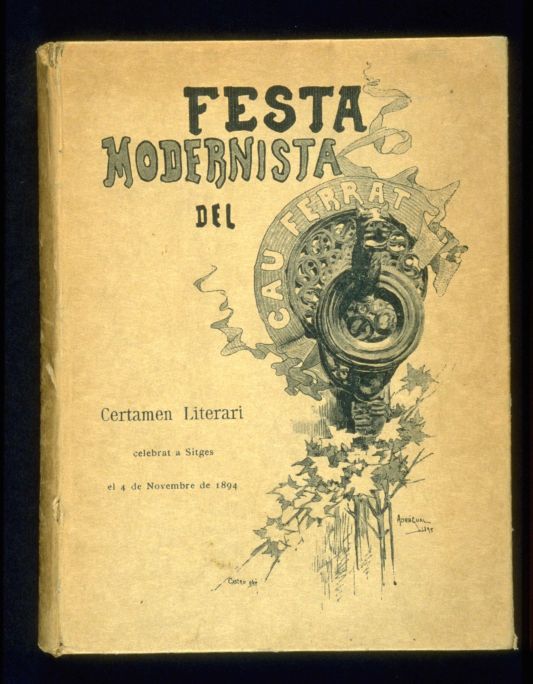 Sitges became, shortly after Rusiñol’s arrival to the town in the autumn of 1891 and until the end of the century, an important capital of Catalan culture and it was known as the Mecca of Modernisme. The five cultural events organized there between 1892 and 1899 represented the most important aesthetic manifestations of end-of-the-century Catalonia. The Festes Modernistes were five experiences of agitation and affirmation that embraced all artistic languages: painting, music, theater and poetry.

The first was an exhibition of painting with a sole theme: Sitges. At the second, the following year, the Catalan version of La intrusa (Intruder), by the Belgian playwright Maurice Maeterlinck was premiered, and a Belgian symbolist music concert was performed, with works by, among others, César Franck as well as Enric Morera. The Third Festa Modernista, on November 4th, 1894, brought the inauguration of the Cau Ferrat, with the procession of El Greco’s paintings, the installation of the allegories of Music, Painting and Poetry on the Cau’s walls, as well as a literary competition.

The fourth, in 1897, included the premiere of an opera, La fada (La Fairy), with music by Enric Morera and libretto by Jaume Massó i Torrents, and the final one, in 1899, focused on the premiere of a work by Ignasi Iglésias and two lyrical pieces by Morera, one of them, L’alegria que passa (The Joy That Passes), written by Rusiñol.